Hemsedal is known as the Scandinavian Alps and offers skiing from three peaks, all above 1000 metres.

Nestled among jagged mountain peaks and only a couple of hours away from the famous national parks of Jotunheimen and Hardangervidda you'll find Hemsedal, a small, snow-sure mountain village where the ski season starts in November and lasts into May.

During the weekdays, a calm descends over the village and there is plenty of space on the slopes. In contrast, weekends offer a full party vibe. The après-ski in Hemsedal has been voted one of the best in Europe many times over and you'll find trendy lounges and restaurants serving both local delicacies and international cuisine.

Hemsedal has an exclusive atmosphere and much of the accommodation here is super-modern. Luxury hotels such as Skarsnuten and large designer log cabins are located along the mountainsides, most of them in a ski-in/ski-out location. For those that prefer to stay in the village itself, the ski bus runs all day long and there is also a transfer slope that runs all the way from the ski area down to the centre of town.

Hemsedal's pistes run down from three mountain tops, of which Totten at 1,450 metres above sea level is the highest. Below the tree line, broad pistes of all levels run down toward the valley lift station. From the peaks, the terrain varies from sheer mountain through to sparse birch woods, and the off-piste and summit touring possibilities are endless and located just a stone's throw away from the pistes and lifts.

Right at the bottom of the ski area you'll find the SkiStar Lodge Alpin and the SkiStar Lodge Suites:  all-in-one accommodation for those who want to be close to everything. Choose between suites, rooms and apartments. The SkiStar Lodge also has a climbing wall, restaurant, sports shop and much more. Located directly outside its doors is one of Norway's largest children's areas (70,000 square metres) with easy to use lifts, soft statues on the slopes and fun activities. 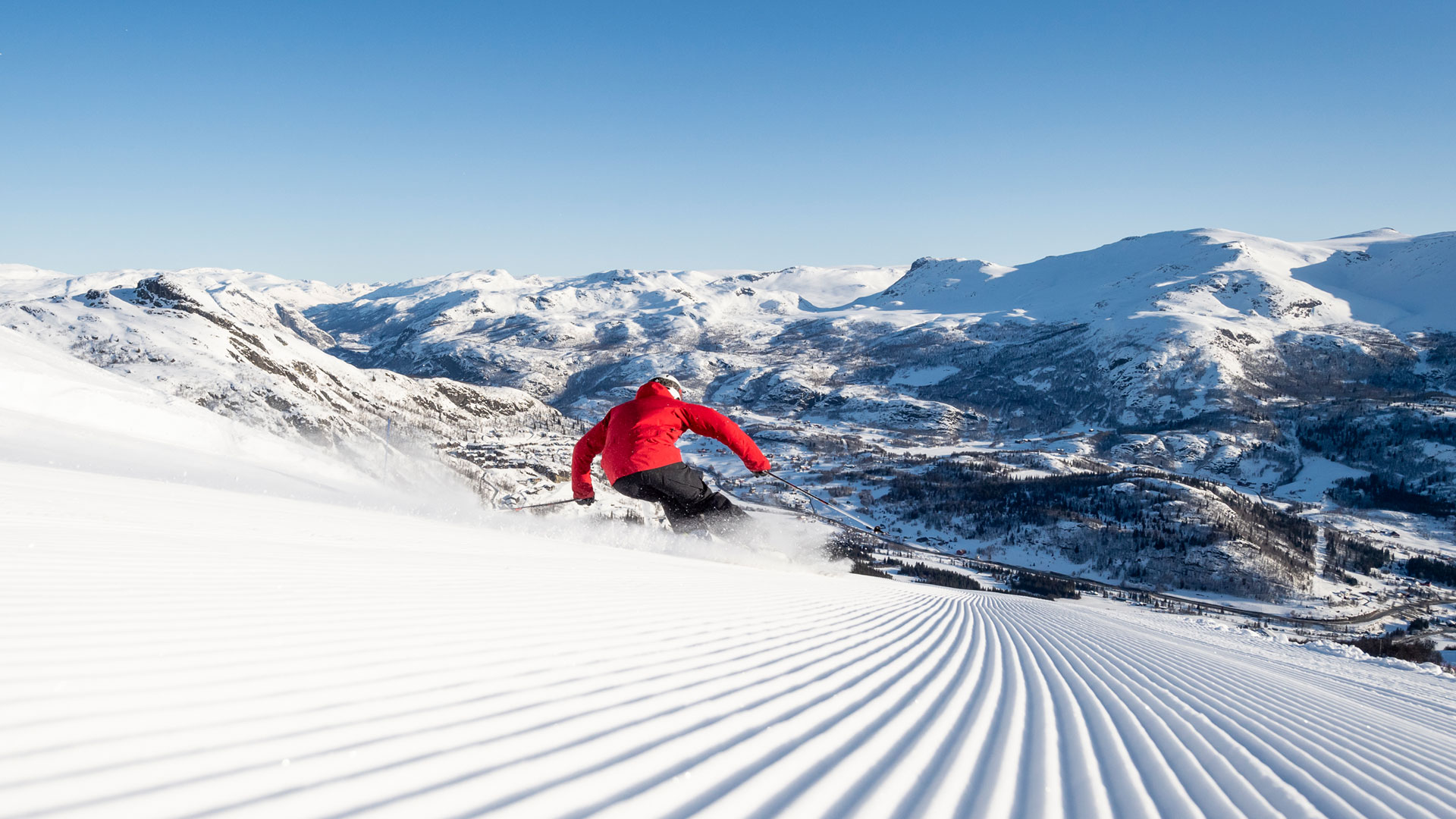 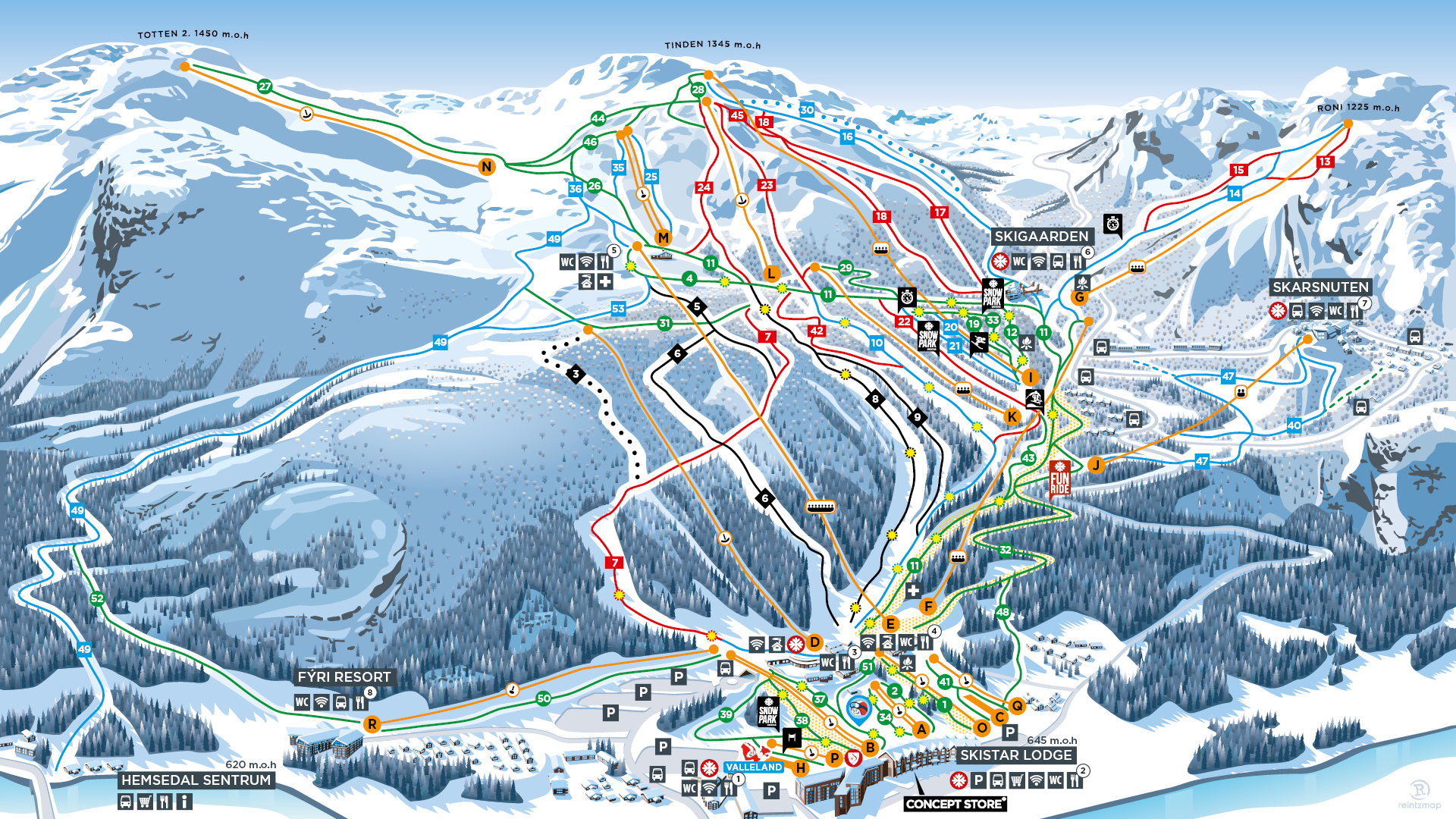 Piste- and area maps over Hemsedal 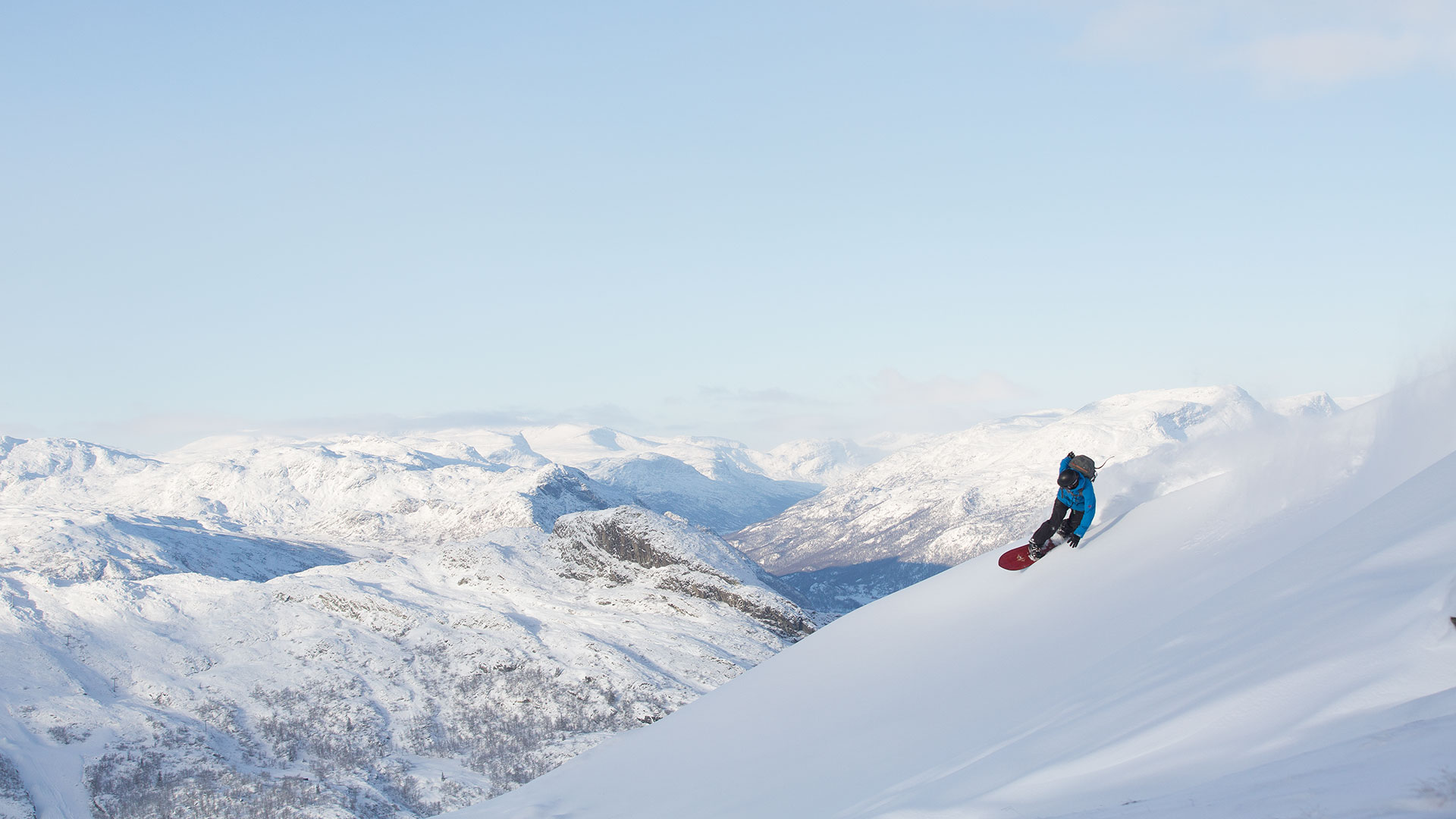