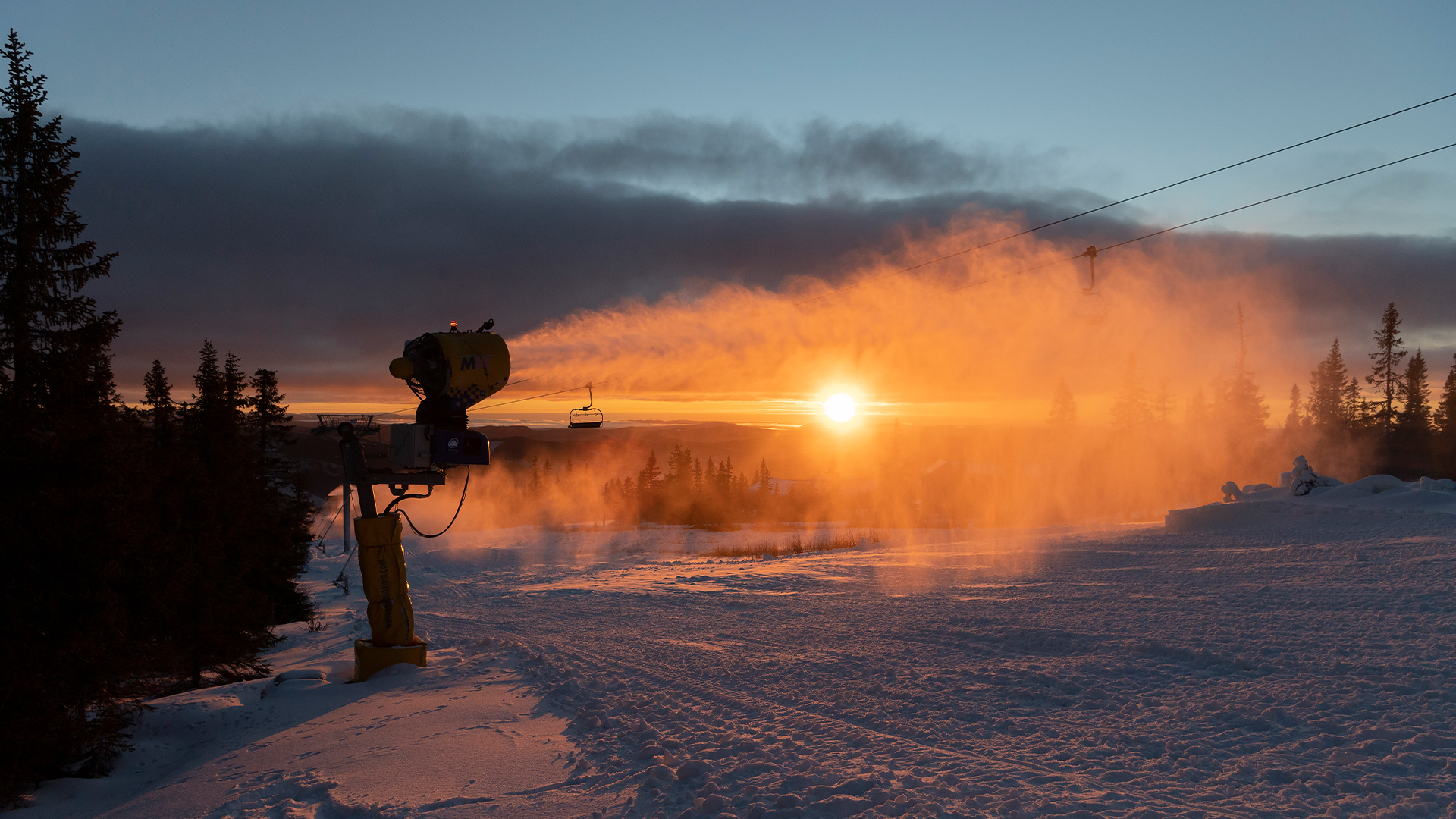 To be able to offer high quality skiing in our resorts right throughout the winter season, we enhance and support our slopes with snow from snow cannons.

Snow-making has been a feature of skiing holidays since the 1970s. Over the years the technology has developed enormously, from both a technical and an environmental point of view. Long-term investments in energy-efficient snow-making systems has reduced electricity consumption from 7 to just over 1 kilowatt-hour per cubic metre of snow produced. Snow from snow cannons consists of round, compact grains which can tolerate usage and heat better than natural snow, making it ideal for maintaining high quality on our pistes.

The art of producing snow
Snow from snow cannons is produced by forcing water at high pressure out of the snow cannon nozzles. The drops of water freeze as gravity forces them downward. The right temperature and air humidity are prerequisites, along with ensuring that the wind is blowing in the right direction.

This is how it's done
Water is pumped from a water source with a pressure of approx. 20 bar or more. Air is added at a pressure of approx. 8 bar. Air and water are mixed in a nozzle, which then sends the drops of water into the air, forming snow crystals. The higher above ground a snow cannon is placed, the better the cooling and distribution of the water drops/snow crystals becomes.

Environmentally sound technology
To be able to produce the optimal amount of snow in the right place, our piste groomers are fitted with a GPS system that measures the snow depth each day. We have also evened out the ground in our skiing areas so that less snow is required. We also use automated snow-making systems where we preset the temperature, optimal wind direction, humidity and water temperature. This means that we only produce snow when perfect conditions are present, using technology that ensures a sustainable snow production. It's about producing the right amount of snow at the right place, in as short a time period as possible.

When the snow has been produced it needs to be prepared. 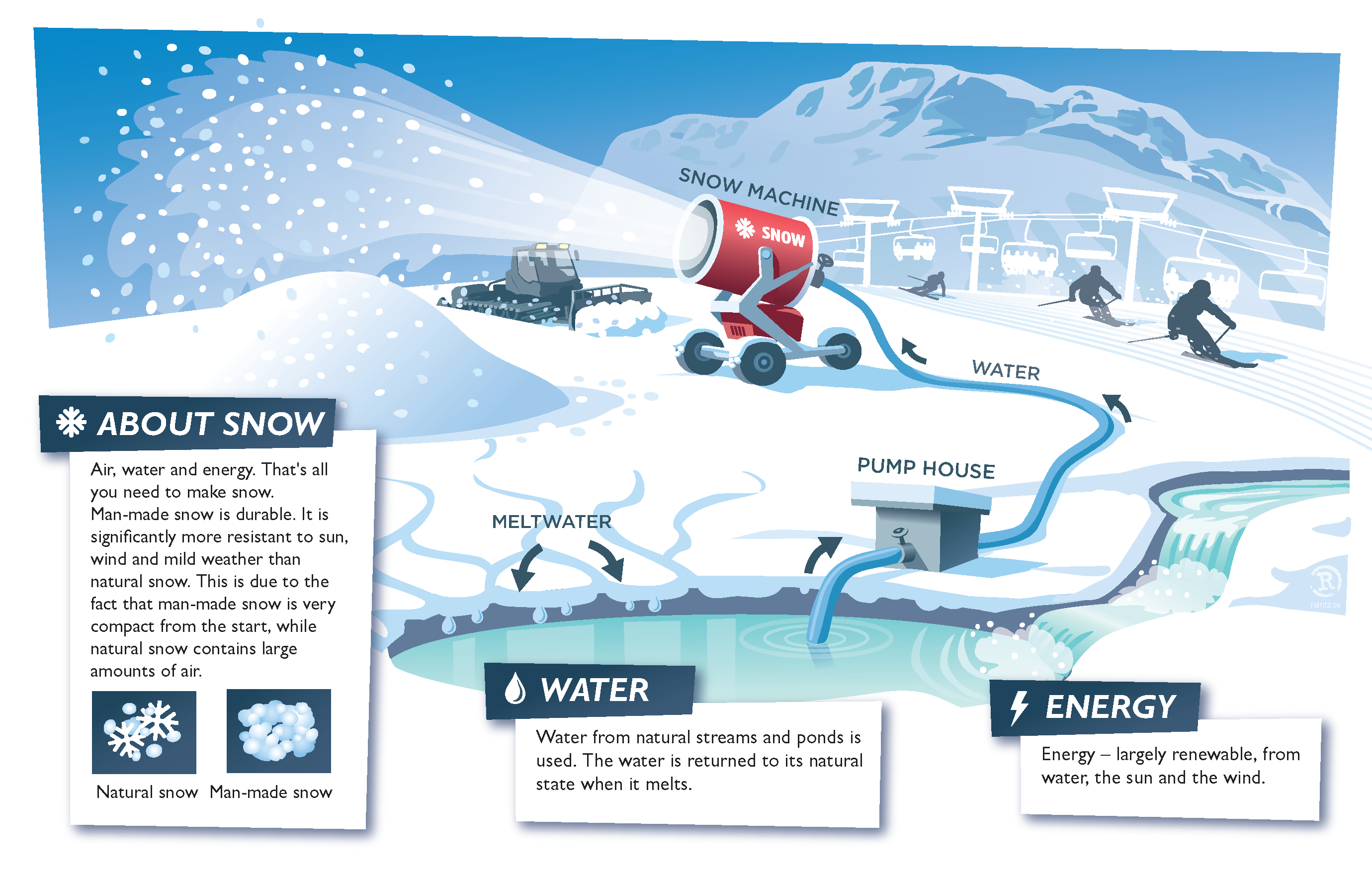