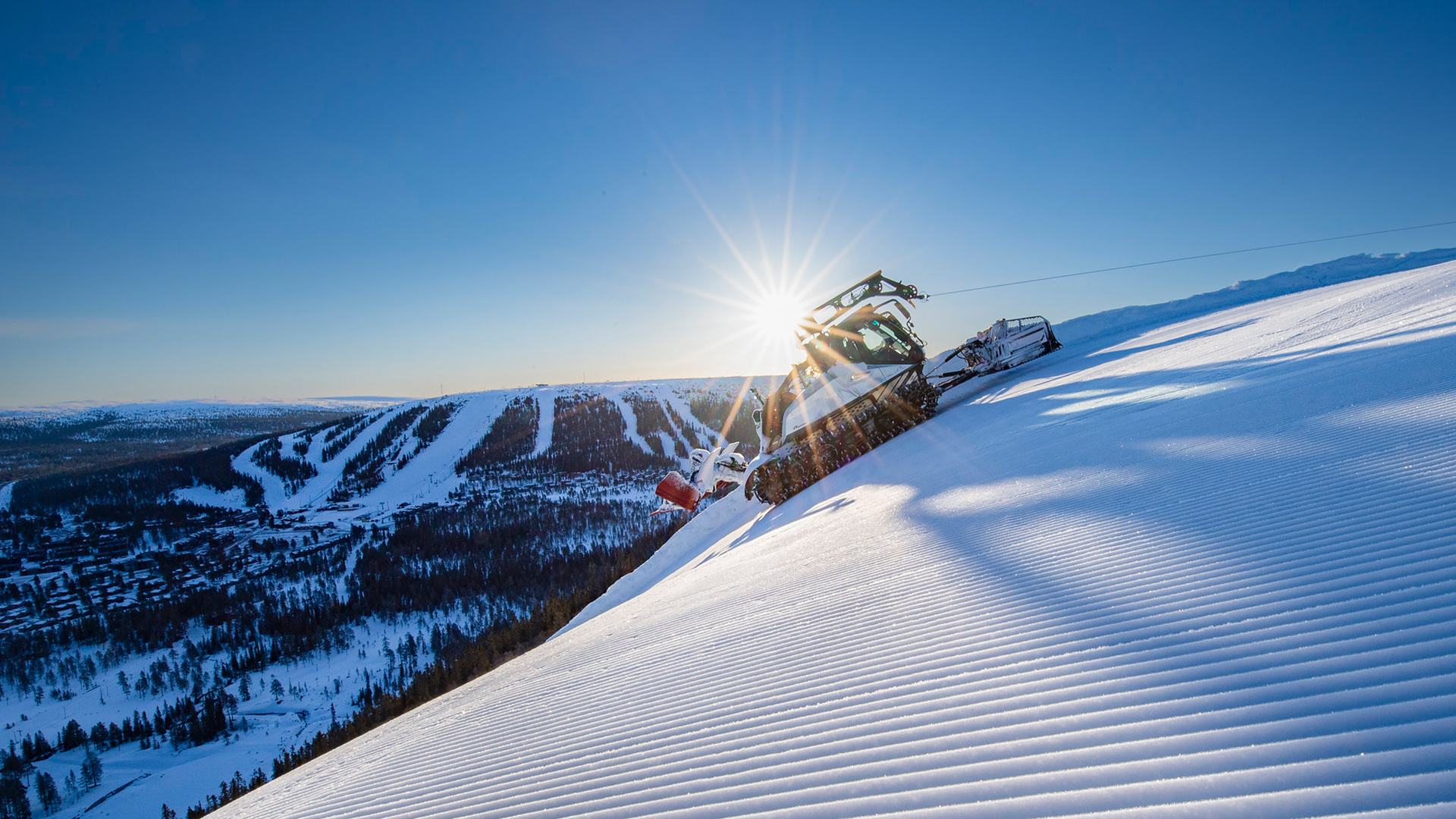 When snow from snow cannons has been produced in piles on the ski slopes, it needs to be prepared and spread over the piste. That's the work that our well-trained piste machine drivers do every night.

It takes a lot of experience to become a good piste machine driver and to be able to handle snow in a good way. While you sleep at night, the ski slopes are prepared and pisted so that you can wake up to fantastic pistes, ready for your first turns of the day.

Why does the piste have stripes?
If it has just snowed, it takes some time for the snow to settle properly. Prepared fresh snow has a hardening time of approx. two days. Have you been wondering why the piste has stripes, commonly called corduroy? The stripes give the sensation of a smoother and hence better skiing than if the piste was entirely flat, but they also mean that there is a bigger surface area for the cold night air to cool the snow down.

This is how we make stripes on the piste
The piste machine has a dozer blade at the front which collects and evens out the snow. At the back it has a unit consisting of a snow blower which dissolves hard clumps of snow. For preparation of snow with a large snow depth a pressure roller is used. At the back of the machine is a pressure pad for the final packing down of snow, which makes the surface suitably hard.

At night, the ski slope is a working place
While you sleep at night, our piste machine drivers are busy creating fantastic pistes, ready for when you wake up. The ski area turns into a working place while the ski slopes are prepared and pisted. This means that it is very dangerous to be in the ski area while work is taking place. It is therefore forbidden to be on our ski slopes when they are closed, unless we inform you otherwise. Read more about the ski slopes after closing time.

To make sure that you, as our guest, feel safe while on our ski slopes during the day, there is never any preparation or pisteing done when the ski slopes are open.

Quick facts
- The piste machine was invented and started to spread globally during the 1960s
- A piste machine weighs between 5 and 12 tonnes
- For very steep slopes, a piste machine with a cable winch is used for pulling
- It is not allowed to be on the ski slopes while they are closed.

To be able to offer you the best skiing possible, we produce durable and enduring snow.
Read more about snow production here 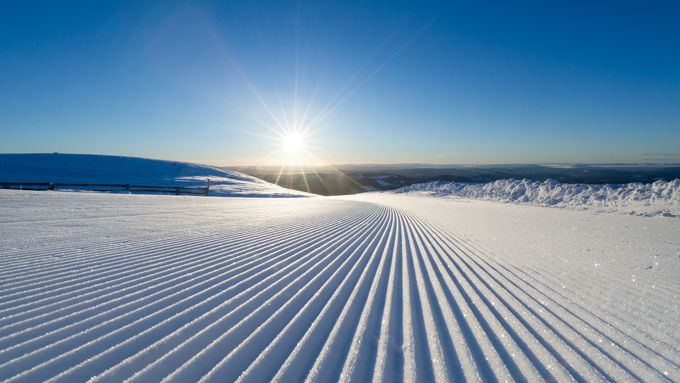