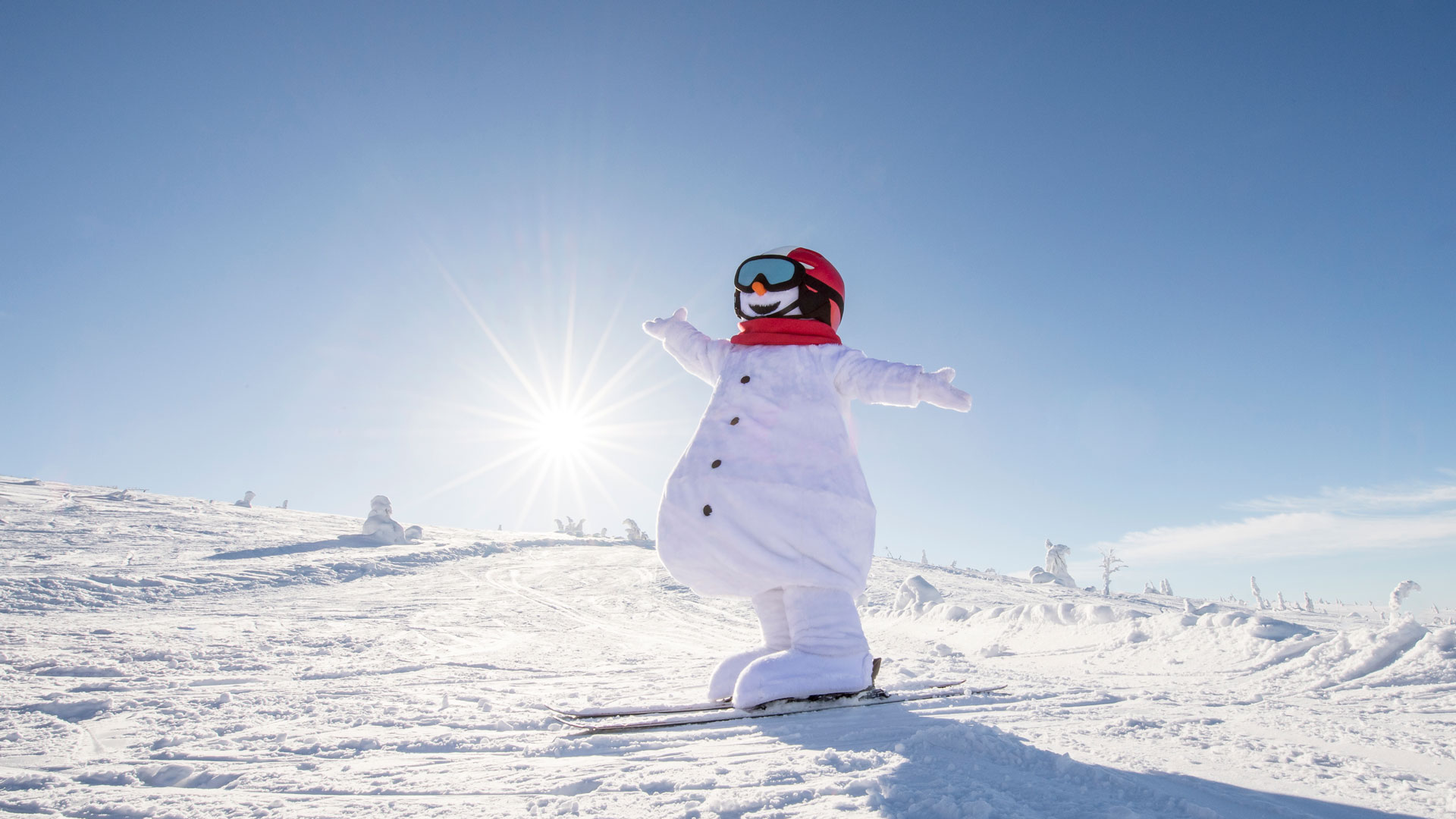 The story about Valle

Can Valle melt and why does he have half a carrot for a nose? In these tales about Valle, children get to find out everything about his exciting back-story and what adventures he has had.

Valle and the magic snow

One winter's morning long, long ago fell the first snow. Large snowflakes floated slowly to the ground. The children rubbed the sleep from their eyes and gave a cheer. They were going to build the world's biggest and best snowman. Every day, their snowman got bigger and bigger, rounder and rounder. They played around him all winter long. They called him Valle and knitted him a red scarf to go around his neck. But then came spring. Valle began to melt! The children
hugged and hugged their beloved snowman. Their tears mixed with the melting snow. Winter was over...

It was then the miracle happened. The children's love-filled hugs created snow magic. Valle began to move his big hands and gently stroked the children's heads. Our two friends looked straight into the snowman's warm eyes. He had come to life! Since that day, Valle no longer melts. The children's love made him from magical snow, cuddling snow.

Valle gets half a carrot for a nose

The children stared at their snowman. Valle could barely stand still. His carroty nose bobbed up and down. Valle had come to life! Now he was eager to discover the whole world, all at once. When you've been standing still for a whole winter, that's probably not that surprising... It was spring now, but Valle could still see snow between the trees. He mimed that he wanted to dig in the snow.

"Do you want to dig snow caves?", the children asked.
Valle nodded and started running. The children set off in chase. Valle started digging between the trees. Suddenly he disappeared, head first. Only his feet were sticking out!
"Wait, Valle," cried the children. "That's where the bunnies live."

And how right they were. Valle soon reached the rabbits' burrow. Being the curious snowman that he is, he crawled on into the tunnels, but maybe he shouldn't have... In the bunny nursery, the littlest of the rabbits awoke to see a big orange carrot coming towards him. The baby bunny was very hungry and took a big bite.

When Valle came back out, only half of his carroty nose was left. He touched his nose and looked at his new friends. Would they like him as much with only a stump of carrot for a nose? The children cuddled their snowman.
"Of course we do!" they said. "Silly Valle, we love you just the way you are!"

Since that day Valle has been the best friend of all children. He loves coming up with adventures together on the ski slopes. So keep an eye out for a snowman with half a carrot for a nose. That's how you'll know you're looking at Valle! Always on the lookout for fun and games...