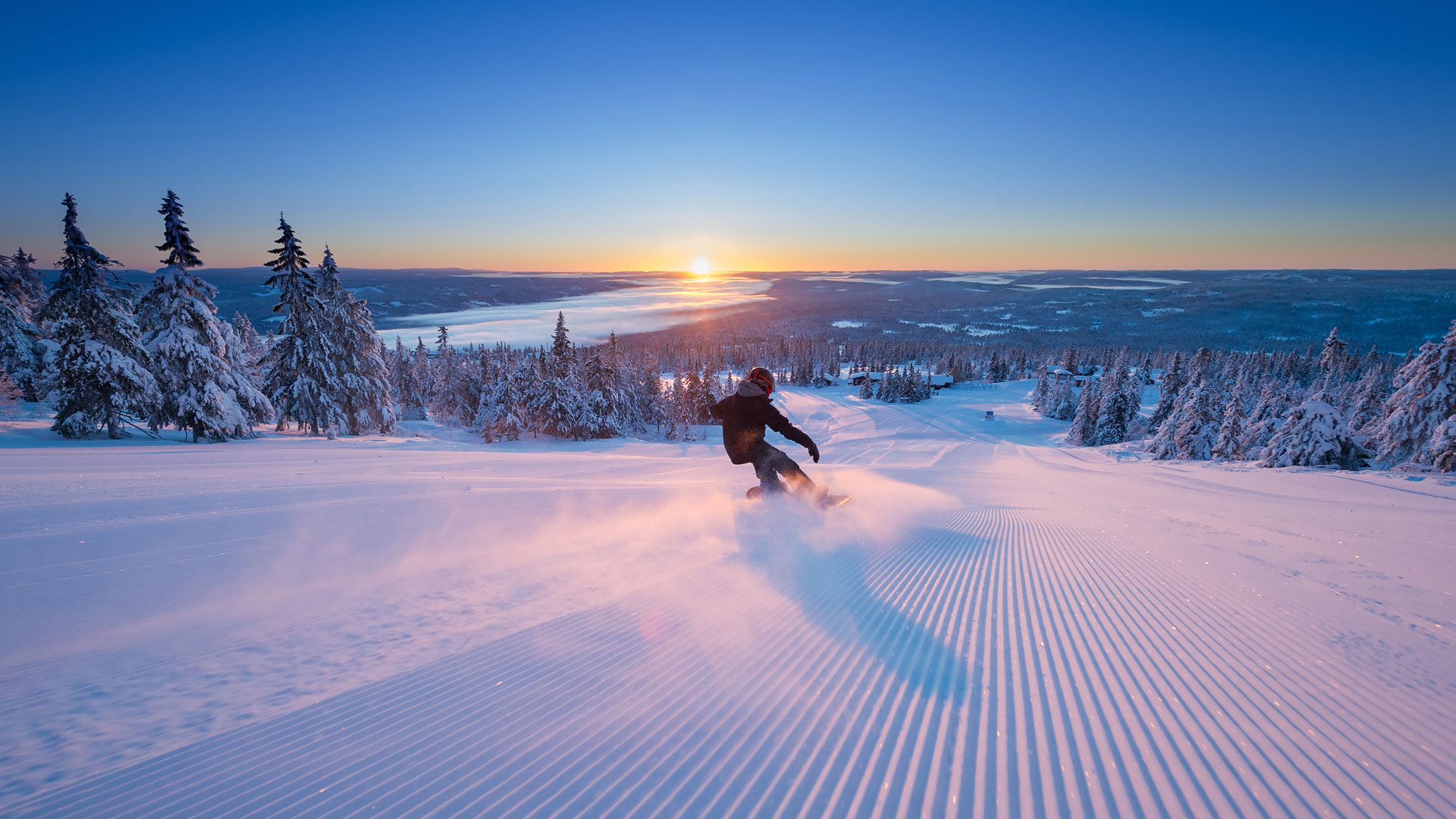 Inversion - it’s warmer than you think!

When you look at the weather report it may seem like it's very cold at the skiing destinations - at the same time as you can see new images from your holiday destination showing great weather. Weird? Not at all.

There is a weather phenomena which can make it significantly warmer on the ski slopes than down in the valley, where the temperatures are usually measured. "It can produce a difference of up to 20 degrees, especially if you have a decent snow cover and clear skies" says Sverker Hellström at SMHI (the Swedish Meteorological and Hydrological Institute).

Often the temperature shown on TV, in the newspaper or in your weather app is measured at a weather station which is located at a relatively low altitude. This means that it can be a lot warmer on the ski slopes than the icy blue numbers shown for the destination in the days before your mountain holiday. This is due to so called "inversion".

"Inversion means that the temperature change due to altitude increase is reversed. This is most notable in the mountains, where the cold air flows down toward the bottom of the valleys," says Sverker Hellström, climatologist at SMHI (Swedish Meteorological and Hydrological Institute).

Normally, the temperature drops the higher up in the atmosphere one is, but in cases of inversion the air doesn't mix height wise as it usually does. And the heat of the sun is not sufficient to dissolve the air layers that have formed. This means that at a low altitude it can be freezing, while at the same time temperatures can be very enjoyable further up the mountain.

"In certain cold air pools, a significant amount of cold air can collect which can mean large differences, 10, 15 or even 20 degrees," says Hellström.

The measured temperature which you see in newspapers and on TV can hence be far from the corduroy striped, glittering piste.

At SkiStar's destinations, the inversion phenomena is most common from December to March but may also occur during other periods.

Summer brings the opposite

"It mainly occurs during high pressure, cloud-free days with little wind, but can remain even if it clouds over.

And in the summer the opposite can happen, that it's warmest down in the valley and colder higher up. But the inversions are not as strong then," says climatologist Hellström.

So there is no need to be scared by temperatures on the weather charts, and you can stop worrying during your holiday as well. If you're staying down in the valley and the thermometer shows dark blue digits in the morning, you just say: "No need to worry, the inversion - or temperature inversion as the meteorologists say - is on our side".