Ski travel operator SkiStar is investing heavily to develop Hundfjället in Sälen into a world-class ski resort. Scandinavia's newest express lift will be making its debut this winter, while a new accommodation concept and a brand new international airport will be opening within a few years and making the resort completely unique. Other highlights this winter include a number of new developments for families with children and the FIS Alpine World Ski Championships in Åre. 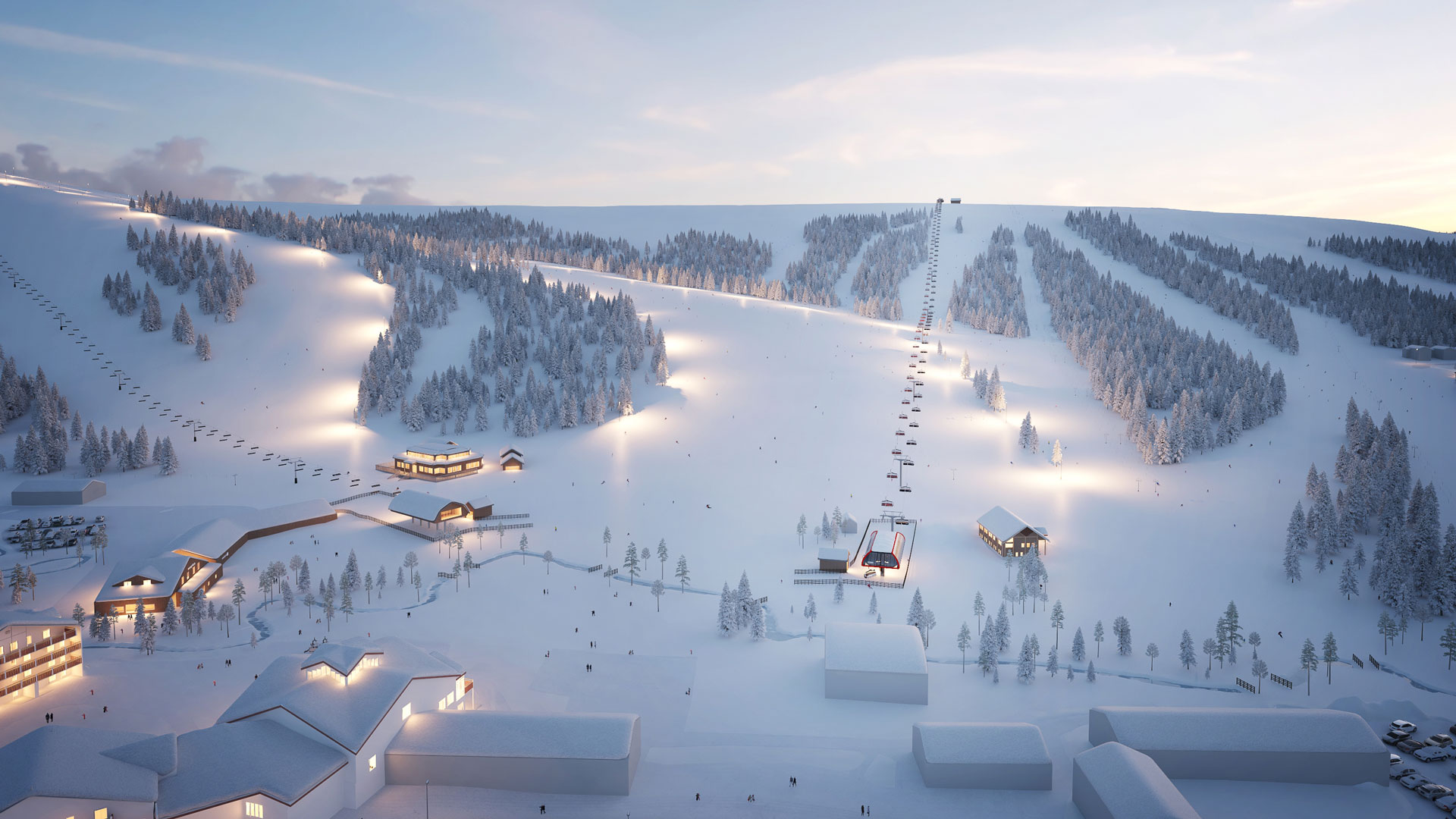 - It will be very exciting to take the skiing in the Hundfjället-Sälen area to the next level. One important step is the new express chairlift and the modernisation of the ski area, which is happening now, in time for this winter. The next step is the new international airport just 10 minutes from Hundfjället and 40 minutes from Trysil, which will make visiting easier for British guests. With improved pistes, a modern express lift and the new SkiStar Lodge Hundfjället, Sälen will attain a very high international standard and become quite unique, with an international airport in its direct vicinity only a ski turn from the slopes, enthuses Linda Morell, Head of Public Relations at SkiStar.

In spring, construction of the SkiStar Lodge gets underway in Hundfjället-Sälen, a lodging concept featuring 800 beds, a restaurant and a lounge bar in the heart of Hundfjällstorget square. The lodge will opens in a few years and will offer a 10-minute journey time to Scandinavian Mountains Airport, which opens December 2019.

Hundfjället-Sälen's West Express lift will be making its debut as soon as this winter, boasting heated seats, weather protection to ensure that your trip to the top is both convenient, and fast.

In Åre, too, speed is in the spotlight – from 5–17 February the Alpine World Ski Championships are on, and with SkiStar as the official title sponsor, all visitors with a valid ski pass will enjoy free admission to the races.

- We look forward to being able to offer our guests in Åre the opportunity to see the world's best skiers on the slopes. The fact that Åre will be hosting the World Championships for the third time is clear confirmation that the skiing here remains top class, internationally speaking, says Morell.

There is plenty happening for the younger members of the family, too, this winter. Developments include new children's slopes in Trysil and Hemsedal and a new ski area and playland on snow in Vemdalen. Children's favourite Valle will continue with his popular ski school, and will also be moving into the family resort Holiday Club in Åre, where he will be inspiring kids to move by letting them try out yoga after a day on the slopes. Valle is launching a brand new game in his app and will be ready - as usual - for skiing and hugging.

Hemsedal: SkiStar's adventure ski area, the SkiStar Fun Ride, is being developed evolve – last year's success is being built on, with new elements and sounds for an even better skiing experience.

Sälen: A new express lift is opening in Hundfjället on 14 December. With a short journey time, protection from the elements and eight heated seats, it will be the most modern lift in Scandinavia.

Trysil: The Skihytta ski area is being developed, with a new children's lift and slopes with new fun Valle elements.

Åre: Åre is hosting the FIS Alpine World Ski Championships from 5–17 February 2019. A valid season and Åre SkiPass will also allow entry to the competition arena, where children's favourite Valle will be the official mascot of the championships.

St. Johann in Tirol: Last winter, the ski resort had a record number of new developments, with a new gondola and express lift, along with a number of newly bookable lodgings and Valle launching his own ski school. The fine-tuning is continuing ahead of this winter.

Vemdalen: Children are the focus of this year's new developments. In Storhogna, a new children's ski area is opening, featuring a conveyor belt and a playland, while in Björnvallen Valle's children's daycare is being built and will open in good time for spring half term.

Hammarbybacken: The World Cup in parallel slalom is returning to Hammarbybacken. This year's festival of skiing takes place on 19 February.