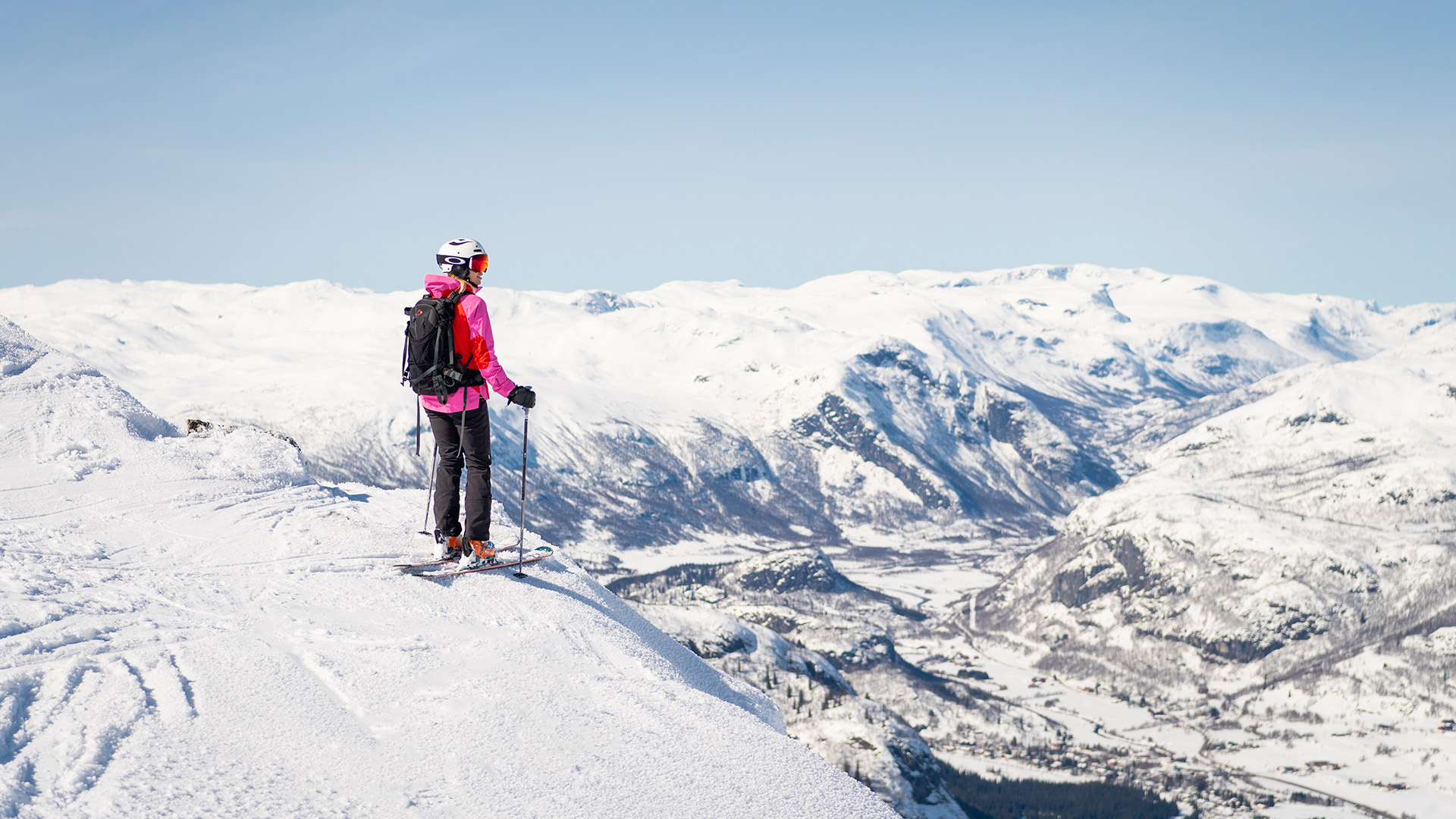 Cold winters with temperatures below freezing are crucial for SkiStar, so any change in the climate with higher temperatures and a shift in weather conditions can change our situation.

SkiStar’s vision is to create memorable mountain experiences. Through systematic improvement initiatives, SkiStar will be the sustainable choice for guests. This is done by constantly reducing any negative environmental impact by designing and selecting products and services in such a manner as to limit their environmental impact during purchase, production, utilisation and disposal. SkiStar continually trains and informs its employees to improve environmental awareness and expertise, mainly about the alpine environment.

SkiStar’s goal is to conduct operations adapted to the environment while consuming as little energy as possible. SkiStar endeavours to conserve energy and keep energy consumption to a minimum in its operations. Snowmaking, property management and ski lifts are all processes requiring a great deal of energy. All the electricity that SkiStar procures is green and has been for many years, and our focus is on maximum efficiency to reduce electricity consumption.

To conserve energy, SkiStar will:

SkiStar’s operations are water intensive. The water issue is of great importance from a sustainability perspective, and it is important for SkiStar to manage the assets and resources available responsibly. SkiStar’s main water consumption in operations is in the form of snow production. For snow production, SkiStar uses water from nearby watercourses and lakes, known as surface water. In some cases, the water is kept in storage ponds directly adjacent to the ski resorts. When making snow, nothing is added to the water and particles are filtered out before it is used. Water is extracted from water sources mainly during the months prior to the start of the winter season and during the first part of the winter season. In the spring, when the snow melts, all the water returns to natural sources.

Water extraction from each source is regulated via water rights court rulings. The focus for SkiStar is on producing the right amount of snow in the right location in as short a time as possible. In addition to technological advances for snow cannons, other measuring tools have also had a positive effect on water usage in snow production. All SkiStar’s destinations now have piste machinery equipped with GPS systems that measure snow depth to enable optimum snow production in the right locations. SkiStar reduced its water consumption during the financial year by 8 percent compared with 2018/19.

SkiStar’s main activities are based on alpine skiing. The company uses snow canons in order to ensure a good experience on the slopes. To produce snow from the canons, water is required in combination with air and colder temperatures.

Snow production methods have been developed both technically and environmentally. This has in turn led to more efficient snow production.

This is achieved using automated snow production systems in which temperature, optimum wind direction, humidity and water temperature are pre-set, meaning snow is made in perfect conditions using a technique that ensures sustainable snow production. Effective snowmaking systems produce a lot of snow during cold snaps. 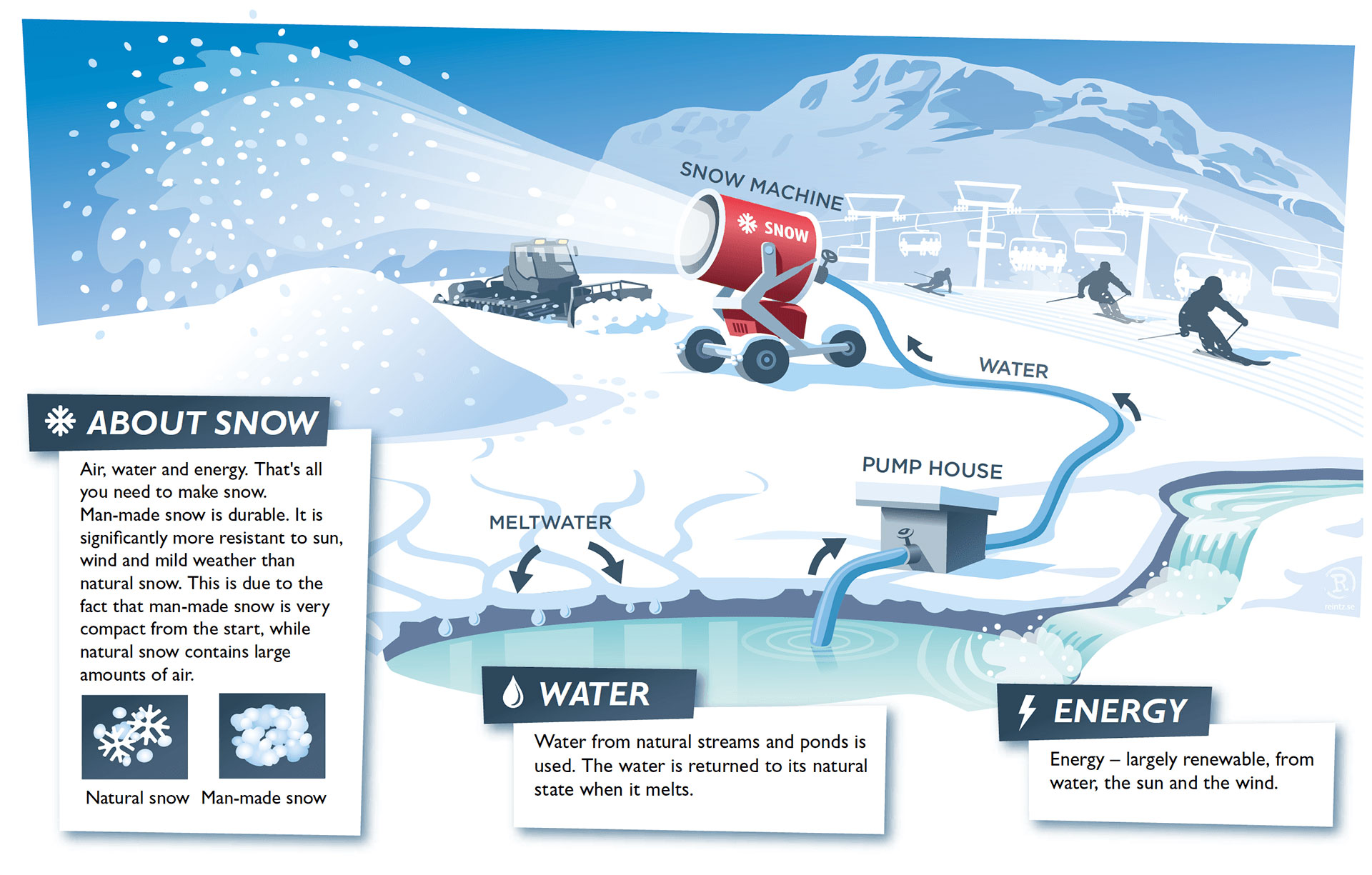 There can be no doubt that the world is facing a rise in temperatures. Global warming is happening at a faster rate than anticipated, and a longterm temperature rise of two degrees will mean a drop in groundwater levels, extreme weather and a shortage of sustainable energy.

Climate change is considered within the framework of SkiStar’s risk management, which evaluates challenges and measures. The piste machines’ GPS-based snow depth measuring function also helps reduce emissions, as it optimises the snowmaking process and driving patterns. SkiStar has also initiated the transition to non-fossil fuel and at the present rate of transition has increased the proportion of non-fossil fuel to 60 percent. This corresponds to an increase of 5 percent compared with 2018/19. In the 2019/20 season, 100-percent non-fossil fuel has been used in operations, lifts and on pistes at SkiStar’s Swedish destinations. During the financial year, SkiStar’s carbon footprint amounted to 3,419 tonnes, which is a reduction of 18 percent compared with 2018/19.

SkiStar is also focusing on to reduce indirect emissions from operations, for example by working towards a better developed infrastructure for charging stations. SkiStar offers guests with a valid SkiPass transportation by ski bus at SkiStar’s destinations, which in turn reduces car use during their stay. The ski buses at SkiStar’s Swedish destinations run on non-fossil fuel.

SkiStar’s possibility to develop on untouched areas of land are heavily restricted. There are stringent environmental requirements when it comes to developing land. To be able to continue offering guests a magnificent alpine setting with untouched nature just around the corner, SkiStar needs to develop new areas while observing great consideration for the existing environment. In practice, this means that as a basic principle SkiStar will not develop new untouched land, but instead focus on densifying areas that are already in use. Concentrating beds centrally around the ski areas reduces the need for transporting guests and means that  infrastructure can be built more efficiently. However, when development of untouched land does take place, closeness to nature is an important factor, which means that parts of existing forest are kept aside. This applies both when constructing the skiing area and when expanding within the skiing area. From a forest conservation perspective, expansion of the ski resort can benefit the area as it provides a guarantee that it will not be completely felled, which would otherwise be a strong possibility. 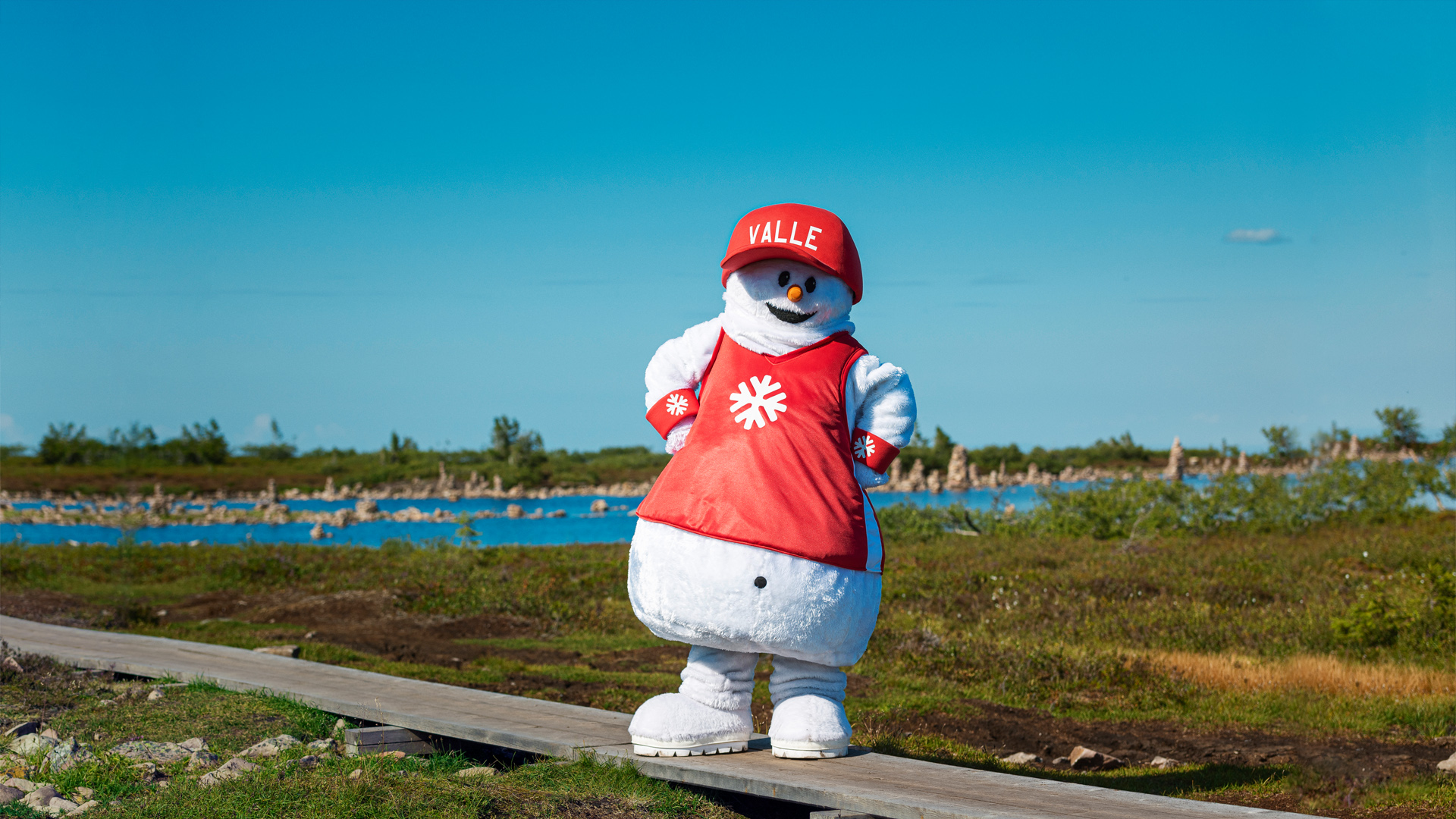 Look after the environment with Valle

For SkiStar, actively taking responsibility for the environment and protecting the unique mountai... 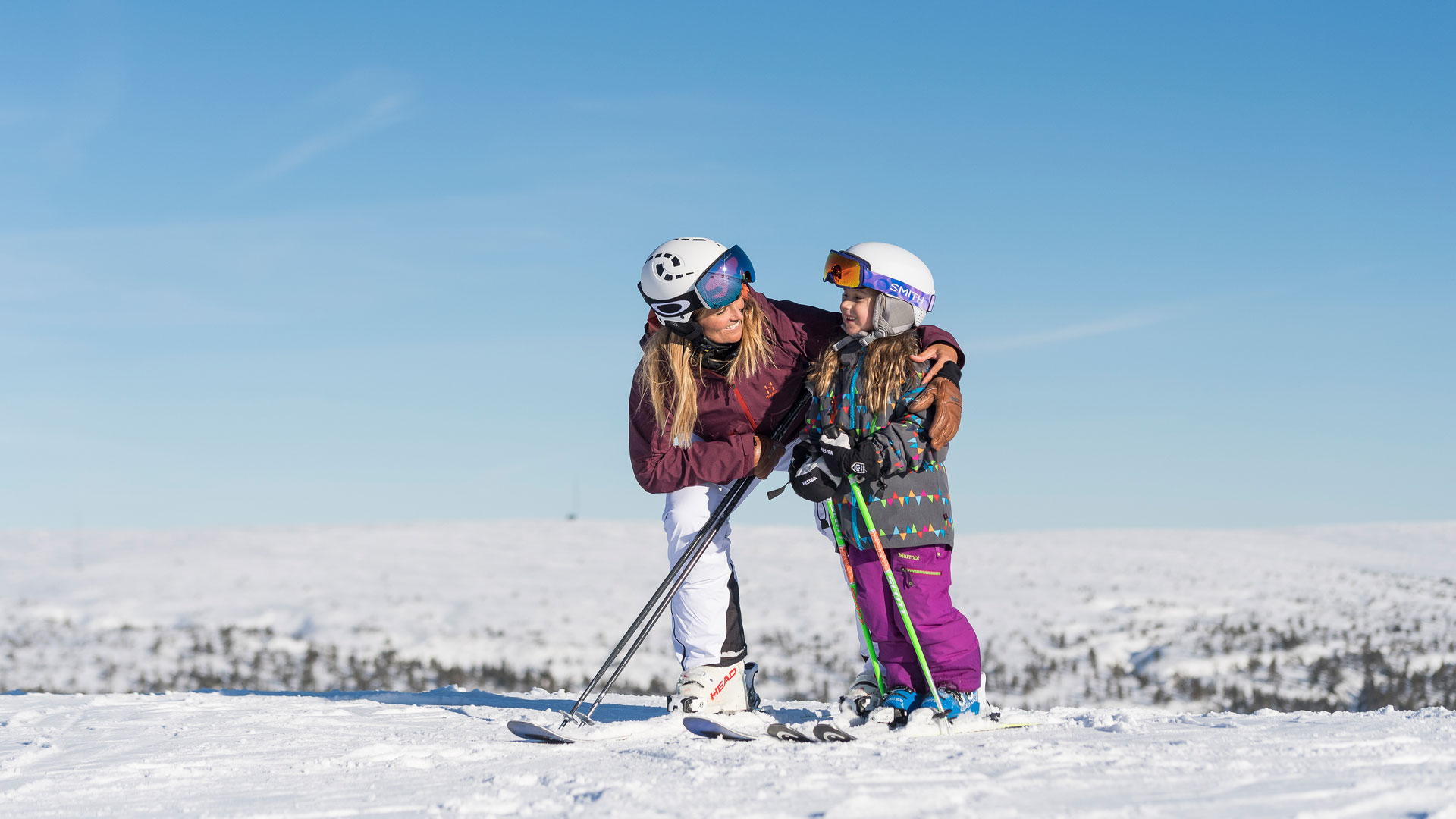 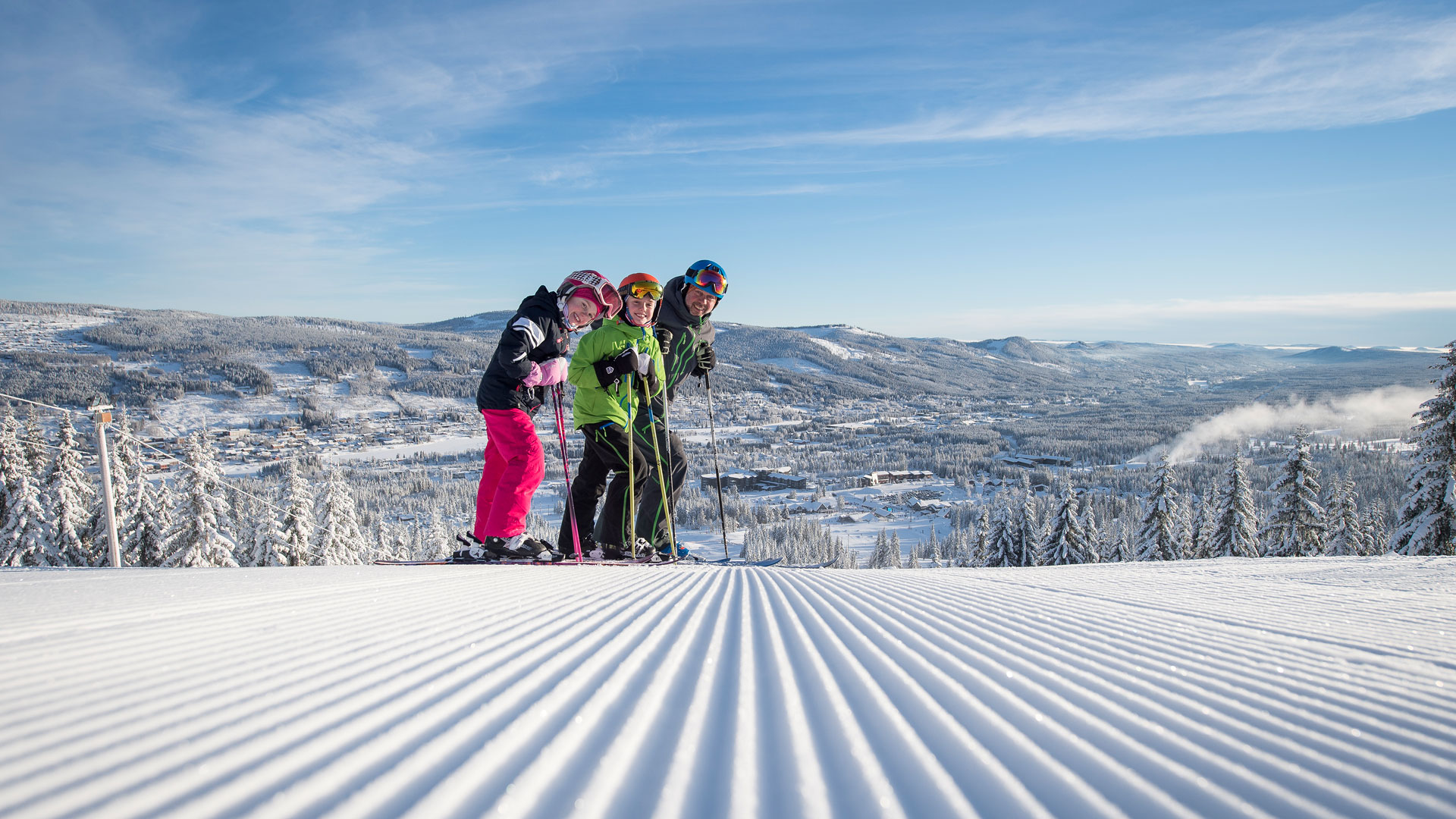 In order to determine SkiStar's essential sustainability areas, SkiStart's stakeholders have been... 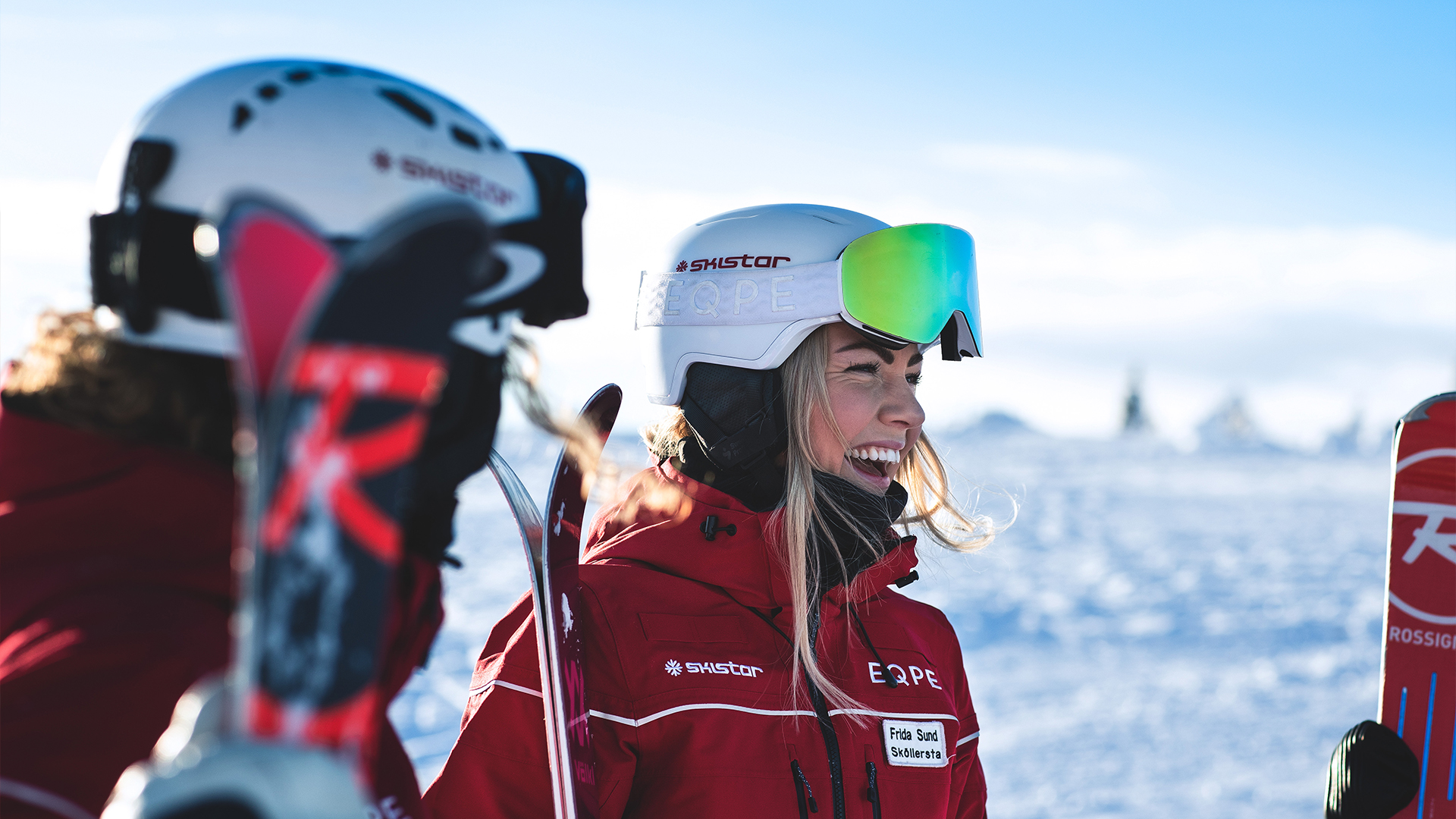 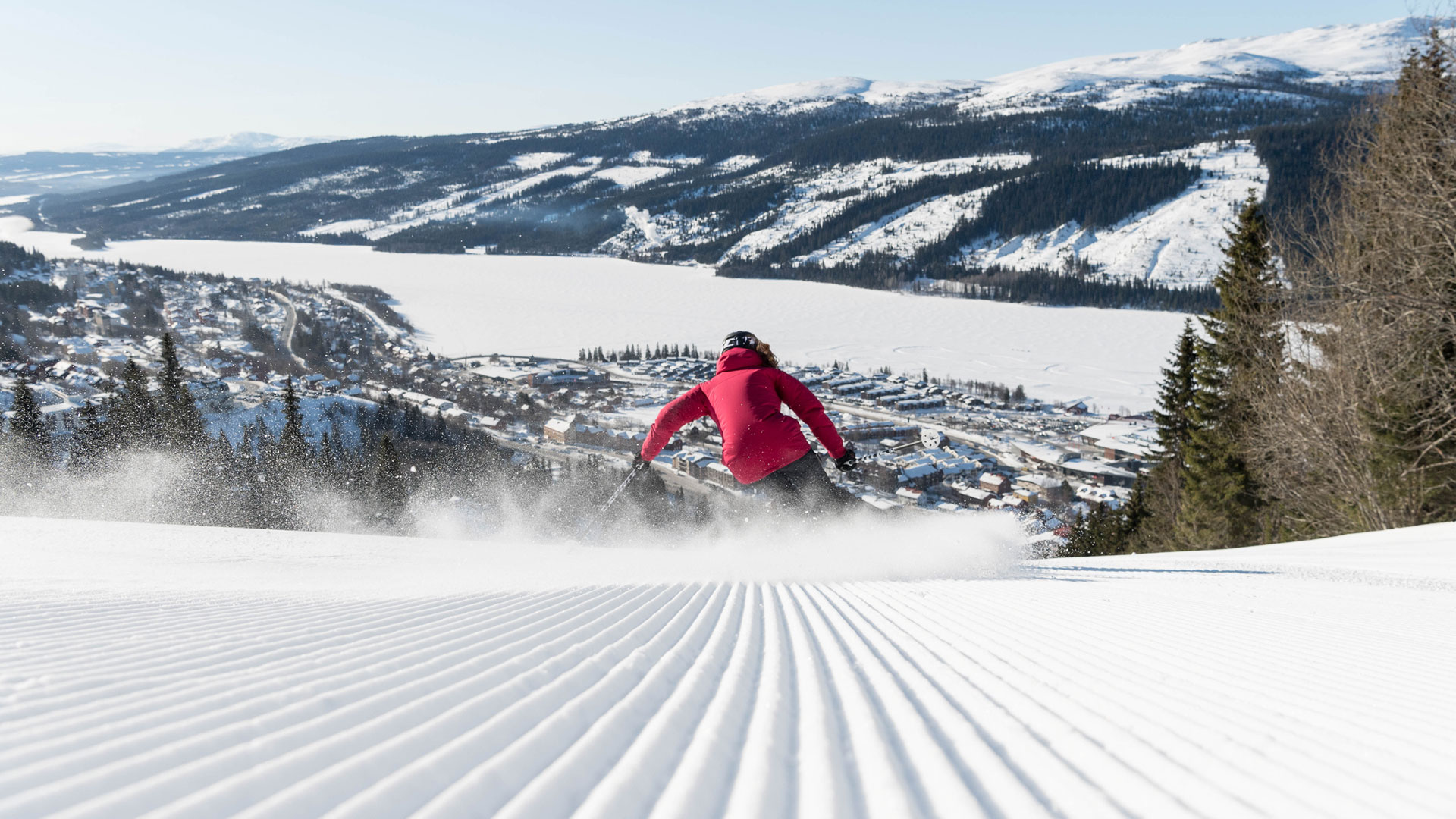 SkiStar is behind a large number of sustainability initiatives, including solar powered lifts, an...