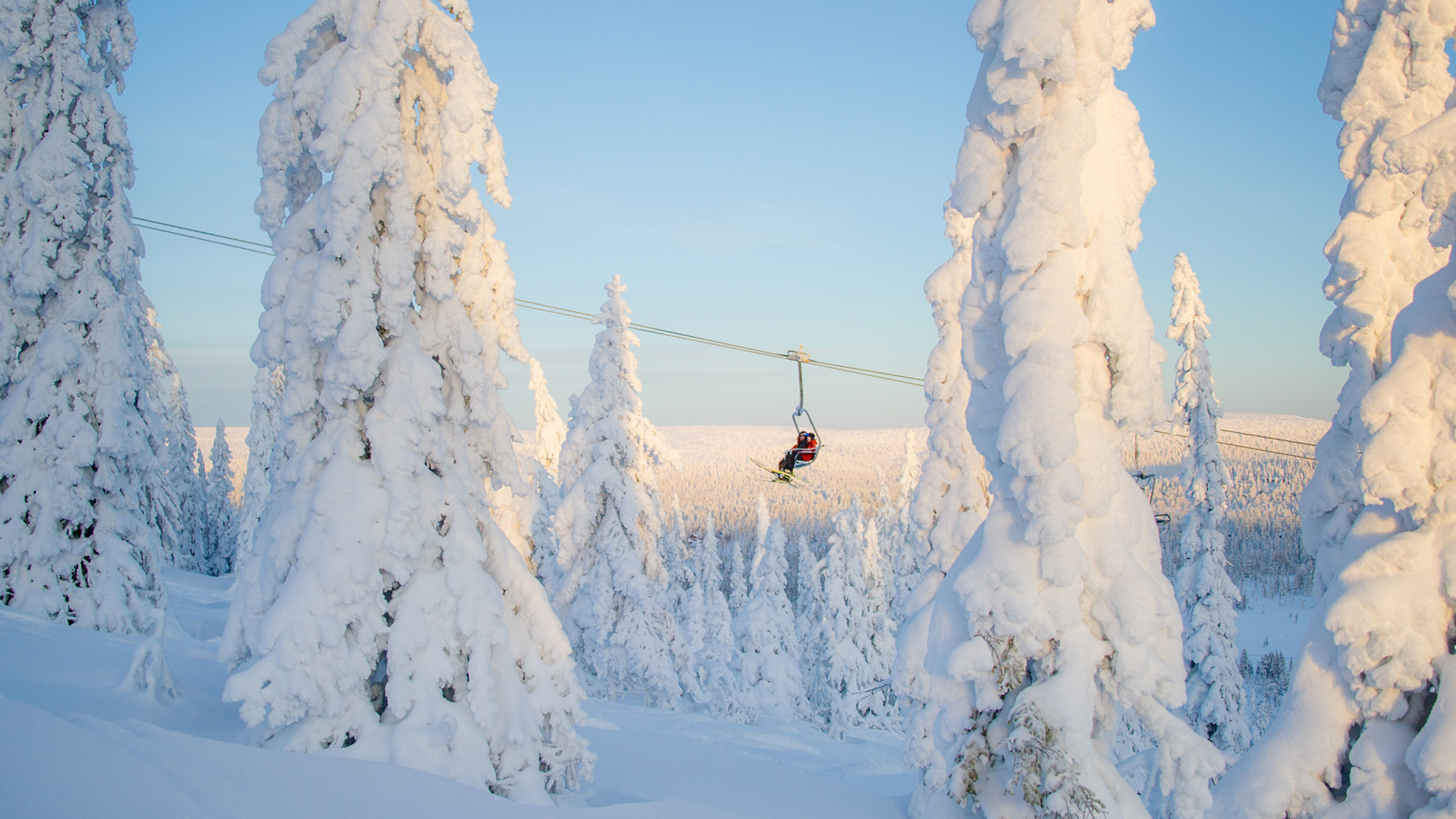 Alpine skiing is SkiStar's core business. The majority of SkiStar’s profits are generated by Ski-Pass sales. The marginal revenue for each addi-tional SkiPass that is sold is high. SkiPass sales during the 2020/21 financial year totalled SEK 1,143 million (1,231). SkiStar’s market share of SkiPass sales during the financial year in Sweden was 51 percent (53) and in Norway it was 17
percent (29). The market share in Scandinavia was 39 percent (43). The number of skier days amounted to 4,405,000 (5,148,000), which is a decline of 14.5 percent compared with the previ-ous year. All reductions in the Operation of Mountain Resorts segment are exclusively an effect of the restrictions in place as a result of the Covid pandemic, meaning that no foreign guests were able to visit our destinations due to the closed borders. This hit our Norwegian desti-nations particularly hard, as they normally have a high proportion of international guests.

To ensure the availability of accommodation in its operations, we need control over the leasing of a large volume of beds at all the Group’s desti-nations. In this way, we can optimise the occu-pancy rate and any weak sales can be adjusted at an early stage via proactive marketing efforts. The occupancy rate in cabins and apartments owned and mediated by the Group during the 2020/21 winter season (weeks 51–16) amounted to 65 percent (68). The number of mediated beds was unchanged during the year.

The equipment from our ski rental shops should always be prepared, waxed and correctly adjusted. Ensuring there is always equipment to rent with the right quality is strategically impor-tant for SkiStar. During the financial year, we operated a total of 29 ski rental outlets: nine in Sälen, nine in Åre, six in Vemdalen, two in Hem-sedal and three in Trysil. Sales totalled SEK 127 million (163).

Ski school operations are strategically important for SkiStar, as a life-long interest in skiing is established and long-term contacts are forged between the destination, the skiing instructors and the guests. Children and youngsters who learn to ski early in life often develop a lasting interest in the sport, which they, in turn, pass on to their children. We have a unique ski school brand – Valle’s Ski School – which is aimed at the 3–9 age group. Net sales for the ski schools amounted to SEK 41 million (50) during the finan-cial year. The number of learners at SkiStar’s wholly owned ski schools totalled 56,525. This figure excludes St. Johann and Trysil’s ski schools, in which SkiStar only has a participating interest.

SkiStar sells alpine sports goods in stores and online. The company operates its own SkiStarShop Concept Store in Åre and Hem-sedal, and there are two stores in Sälen and Vemdalen respectively. We sell sporting goods related to alpine skiing at our SkiStarShop ski rental outlets. Skistarshop.com is an online store stocking the market’s strongest alpine sports brands. The e-store is fully integrated into the flow of bookings of other products and services on skistar.com, which means that customers can buy a ski jacket while topping up their SkiPass. Customers can then choose to have the goods delivered to their home or pick them up from any of our SkiStarShop Concept Stores. In the 2020/21 financial year, the Group’s retail operations generated sales of SEK 207 mil-lion (179). Online sales continued to increase during the year.

The property services product area is made up of building super-intendents, carpenters, electricians, janitors and other service personnel. Revenues within property services comprise rental income for the business premises and remuneration for cabin ser-vice and cleaning. During the financial year, revenues totalled SEK 113 million (102).

A new concept was launched before summer 2021 to attract guests to our destinations during the summer months too: SkiStar Sports & Adventures was started in Sälen, Åre and Trysil. Investments related to this initiative have so far amounted to SEK 28 million. This mainly consists of the development of climbing parks, different types of trail cycling, padel courts and crazy golf. Further expansions of bike rentals, Valle Kids’ Club, Teen Camp Bike, tailor-made cycling packages and guidance, along with bundling of new Lift and TrailPasses have focused on generating new revenue, but also on getting more guests to test new products and return the following summer, or ideally also the next winter.

Other revenue includes income from events, advertising sales, kiosks, sales of Ski*Direct cards (the plastic card for the electronic SkiPass) and grants received. Other income during the financial year amounted to SEK 262 million (242).