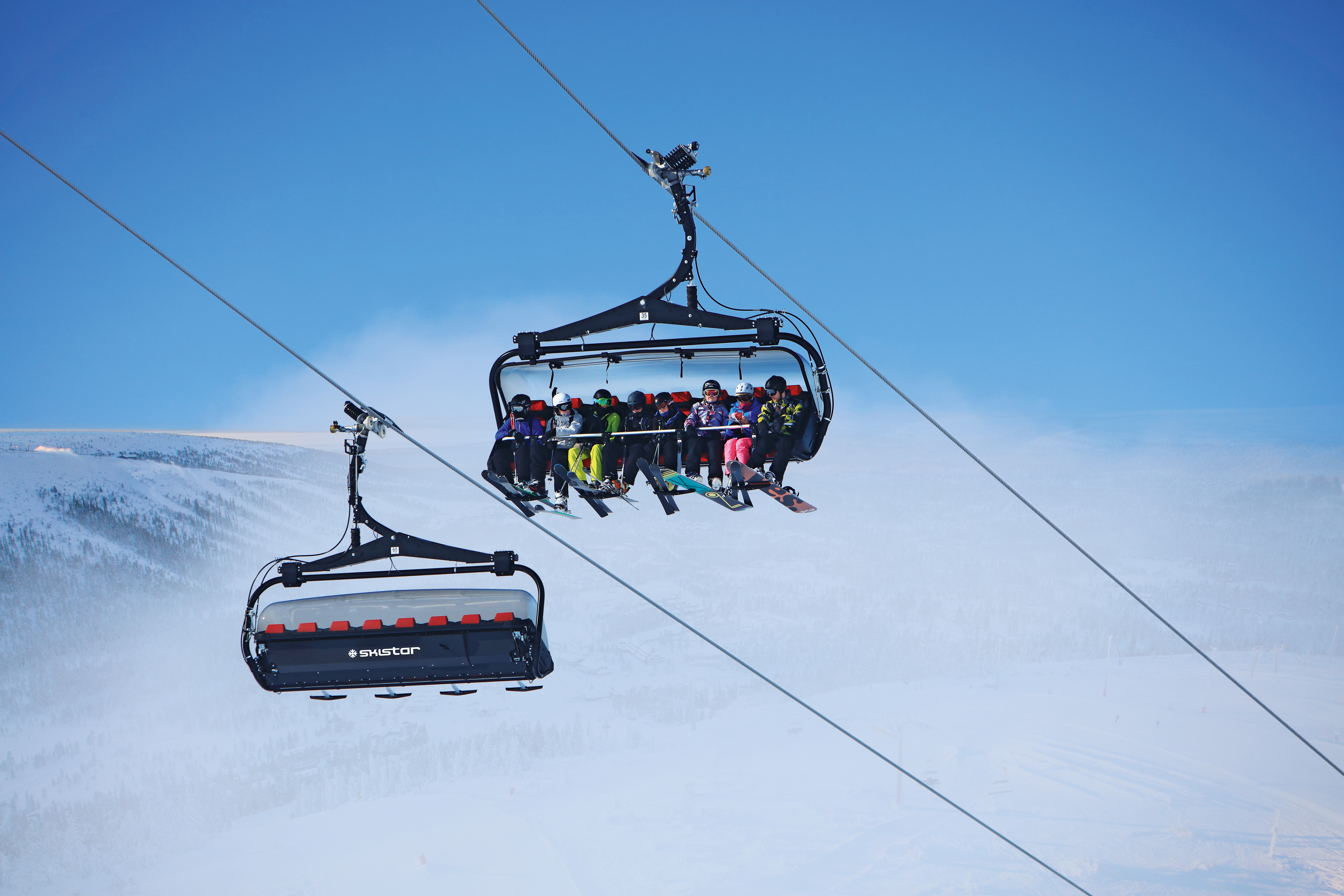 The Infrastructure segment covers non-current assets such as land, lifts, properties, investments in co-owned companies, etc. The focus is on generating a reasonable return on investments made. Sources of revenue include internal rent from Ski Resorts – Operation and return on non-current assets. Investment credits have been allocated to Infrastructure where the pledged assets are reported.

Internal rental income totalled SEK 277 million (291) and is based on cash flow generating a fivepercent return on the carrying amounts of invested assets. Rent is determined annually in advance. During the year, interests in accommodationwere sold for a total of SEK 128 million (57), with a profit of SEK 86 million (36). SEK 27 million (31) related to revenue from sales of shares in Vacation Club and SEK 101 million (26) to other interests in accommodation. Profit is broken down as follows: SEK 20 million (26) to Vacation Club and SEK 66 million (10) to other interests. The increase in sales of other interests in accommodation is mainly derived from the divestment of apartments in Sälen and Vemdalen. The Vacation Club decline is due to no new cabins or apartments being added during the year. Capital gains or losses arising from, for example, lifts, snowmobiles, piste machinery and other noncurrent assets totalled SEK 0.8 million (-4).

Investments for the financial year amounted to SEK 530 million (481) gross and SEK 394 million (457) net. The investments mainly concerned snowmaking systems, a six-seater chair lift and a gondola lift in St. Johann in Tirol.

The carrying amount of non-current assets for conducting destination operations amounts to SEK 3,306 million (3,066). Almost all the Group’s lifts, 229 in total, are owned by SkiStar. Seven lifts are rented with an opportunity, but no obligation, to acquire the lift following expiration of the lease period. The single largest investment for the upcoming 2018/19 winter season was in West Express, a new eight-seater chair lift in Hundfjället, and rearrangement of the skiing area adjacent to the new lift. The Group owns around 95 percent of the land assets in Sälen, 32 percent in Åre and roughly 58 percent in Vemdalen. In Trysil, Hemsedal and St. Johann, all the land is leased.

In Sweden, three subsidiaries own accommodation properties with a carrying amount of SEK 415 million (410). In addition, there are holdings in associates that primarily own accommodation properties and holdings in tenant-owner associations with a total carrying amount of SEK 195 million (220). In Norway, the subsidiary Fjellinvest Norge AS owns the Alpine Lodge in Hemsedal with a carrying amount of SEK 76 million (75), along with 50 percent of the Radisson Blu Resort in Trysil and the Radisson Blu Mountain Resort via a joint venture. In September 2017, Skiab Invest AS completed SkiStar Lodge Hemsedal Suites with 100 apartments (600 beds), a restaurant, underground parking and a 14-metre high climbing wall. This encompasses roughly 13,500 sqm with a construction cost of NOK 297 million (corresponding to SEK 325 million).

SkiStar Vacation Club is a form of accommodation that is customised to meet guests’ demands and requirements. The apartments are divided into weekly units, and guests purchasing one or more of these units are entitled to the additional benefits of membership of the international exchange and placement organisation, RCI, as well as membership of SkiStar Vacation Club. This form of accommodation is cost-effective, simple and flexible for the owner. Cost-effectiveness is achieved either through the utilisation of a purchased week, compared with the equivalent cost of renting for that week, or by exchanging the week with a trip abroad through RCI. In addition, the owner can purchase foreign trips through the RCI system. SkiStar Vacation Club also provides the timeshare owners with a raft of advantages and benefits during their stay. The simplicity of the accommodation comes from the fact that the guest is not responsible for the maintenance of their ownership share. Instead, the tenant-owner association, of which the owner automatically becomes a part, takes care of everything. The apartment is always clean, the beds made up, and it is warm and ready ahead of the guest’s arrival. Flexibility is achieved as the owners can enjoy RCI’s entire range of over 5,000 destinations worldwide. SkiStar Vacation Club is currently offered in Sälen and Åre, however, the intention is to roll out the concept to more destinations.

Eight apartments in Vemdalen were sold to a newly-established tenant-owner association during the year. In Tandådalen, Sälen, 26 apartments were sold to a company that intends to rent out all the apartments to SkiStar for further rental to guests.