This involves SkiStar Living working with Group management and the management of each destination to develop and conceptualise the destinations’ areas with both modern sleeping accommodation and infrastructure, to support SkiStar’s core operations in the short and long term and help boost profitability.

SkiStar Living will also offer a market-specific range of ownership alternatives for alpine accommodation at SkiStar’s destinations and provide services for existing and potential cabin and apartment owners, to encourage loyal owners and a high occupancy rate. 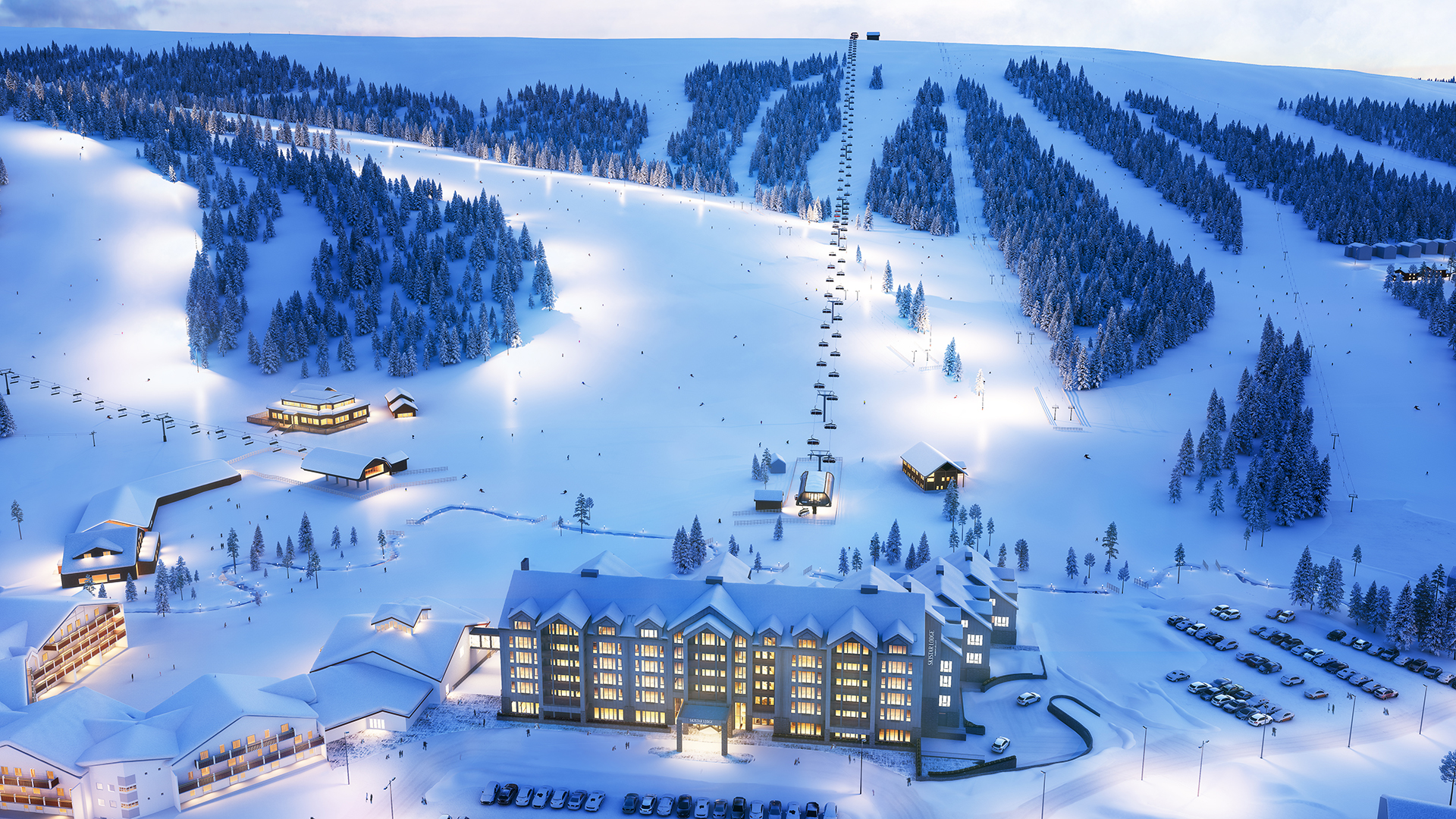 In Sälen, SkiStar owns large land development areas. Several significant master and detailed development plans are under way, for implementation over the next few years. Essentially, they involve consolidating central facilities at each of the Sälen destinations to meet demand and requirements from the future airport for Ski-in Ski-out accommodation in central locations. These plans will facilitate the creation of around 5,000 new beds.

In the short term, an apartment complex is to be constructed in Hundfjället with the name SkiStar Lodge Hundfjället. The building comprises almost 18,500 sqm BTA, including 1,500 sqm of underground parking. In addition to a ski shop, the hotel building will also include a restaurant, lounge bar and around 800 beds allocated across roughly 150 rooms/apartments. SkiStar Lodge Hundfjället will be ready to welcome guests in time for the 2021/22 season.

Furthermore, Ski Apartments Hundfjället is in the process of being completed, including 16 apartments with 160 beds, for the 2018/19 season. In Tandådalen, stage three of Solbacken is under construction. The project includes two four-storey buildings in central Tandådalen. In addition to accommodation (40 apartments/400 beds), the buildings will also house a modern food shop. Furthermore, 16 apartments in central areas of Lindvallen are under construction, which will be divested as tenant-owner apartments, with occupancy scheduled for autumn 2019.

Besides this, a plot area is being completed in Timmerbyn at Lindvallen, including some 50 development rights. The area will be ready for construction in spring 2019. Eight of the plots have been sold to two external developers. Other development rights are intended for development by SkiStar.

Work on a detailed development plan is under way at the Kabinbanan lift, which is expected to result in an opportunity to build 170 apartments with around 1,000 beds, 1,000 sqm for retail and 1,000 sqm for restaurants and 300 parking spaces.

A detailed development plan is in place for an area in Åre Björnen called Åre Sadeln, right next to the new skiing area Sadeln, including 1,500 beds. The project is co-owned with Peab on a 50/50 basis. The first and second stages, including 600 beds in 72 apartments at the tenant-owner associations Sadelbyn 1 and 2, have been completed and tenants took up occupancy in 2017/18. Construction of stages three and four in tenant-owner associations Sadelbyn 3 and 4, encompassing 280 beds in 33 apartments, is under way and will be completed in December 2018 and December 2019 respectively.

Next to the Duved skiing area, 44 individual plots have been  produced, with access around the turn of the year 2018/2019 .

Adjacent to Åre Fjällby there is an area of land where plans are under way for 60 apartments and 500 beds. However, there is no detailed development plan for the area yet. West of the World Championship arena there is an area with an opportunity to construct approximately 70 apartments with 600 beds. This area has a detailed plan in place, but construction has not yet begun.

There is still an opportunity in Åre Sadeln to build 90 apartments on the area of land co-owned with Peab.

At Rödkullen, SkiStar is a minority shareholder in a major development project together with a collaborative partner. There is no detailed development plan for the area yet.

The Vacation Club concept is now also available in central Åre. The sale of weekly units in tenant-owner association Åre Village 1 was initiated at the end of August 2018. Demand has been good, and plans are already in place to supply the concept with additional apartments. 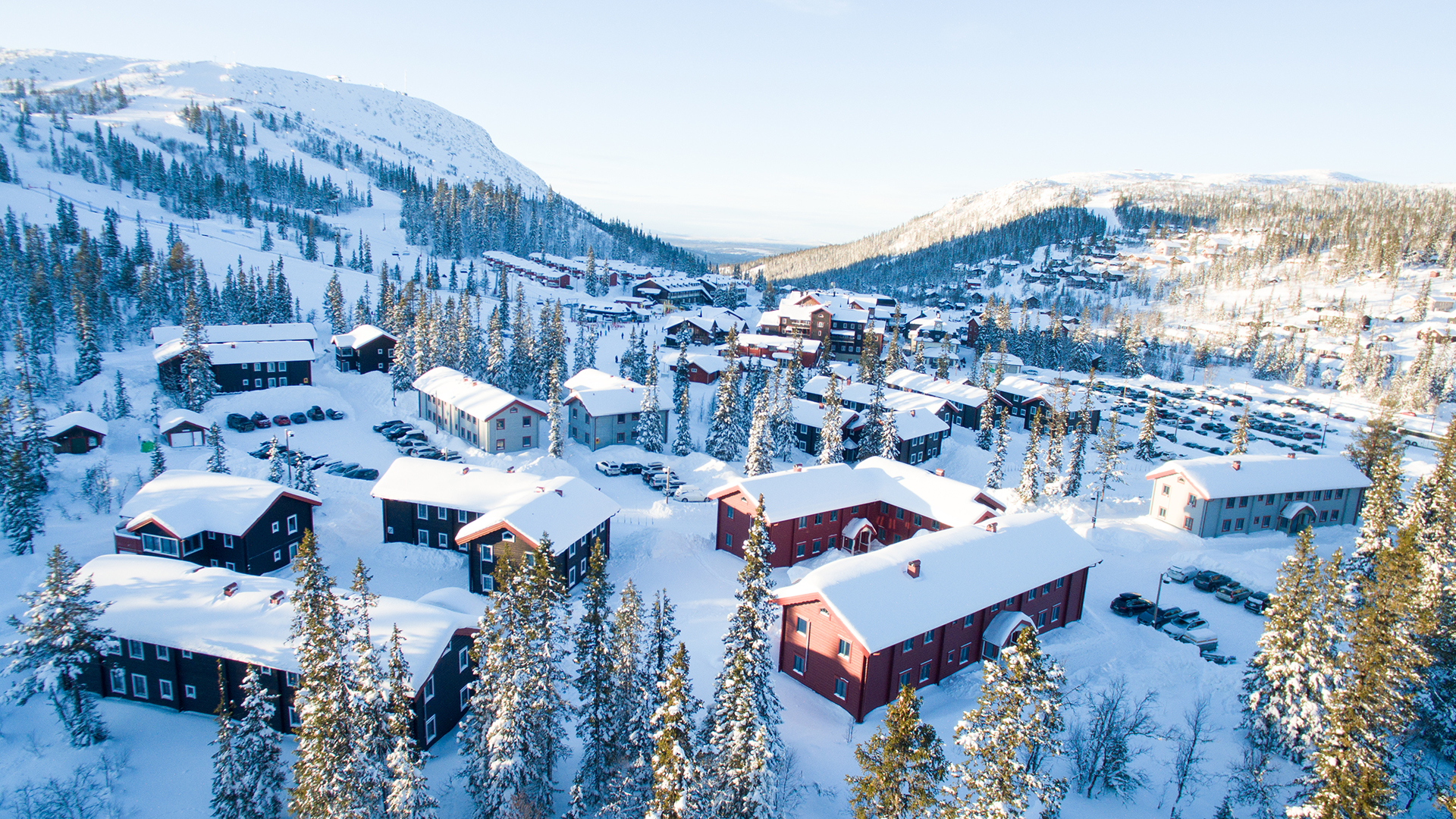 In Vemdalen, there is significant activity among external investors regarding the construction of commercial beds. New accommodation property is being built for commercial use in all three areas: Vemdalsskalet, Björnrike and Klövsjö. The largest development is taking place in Skalet’s square and at Skalspasset, both situated in Vemdalsskalet.

In Björnrike, SkiStar is a minority owner in a development project encompassing Björnrike’s new plaza, a new SkiStarshop and ski rental with staff areas. On two floors above this, 12 apartments are being built with 96 beds, in preparation for the 2018/19 season. 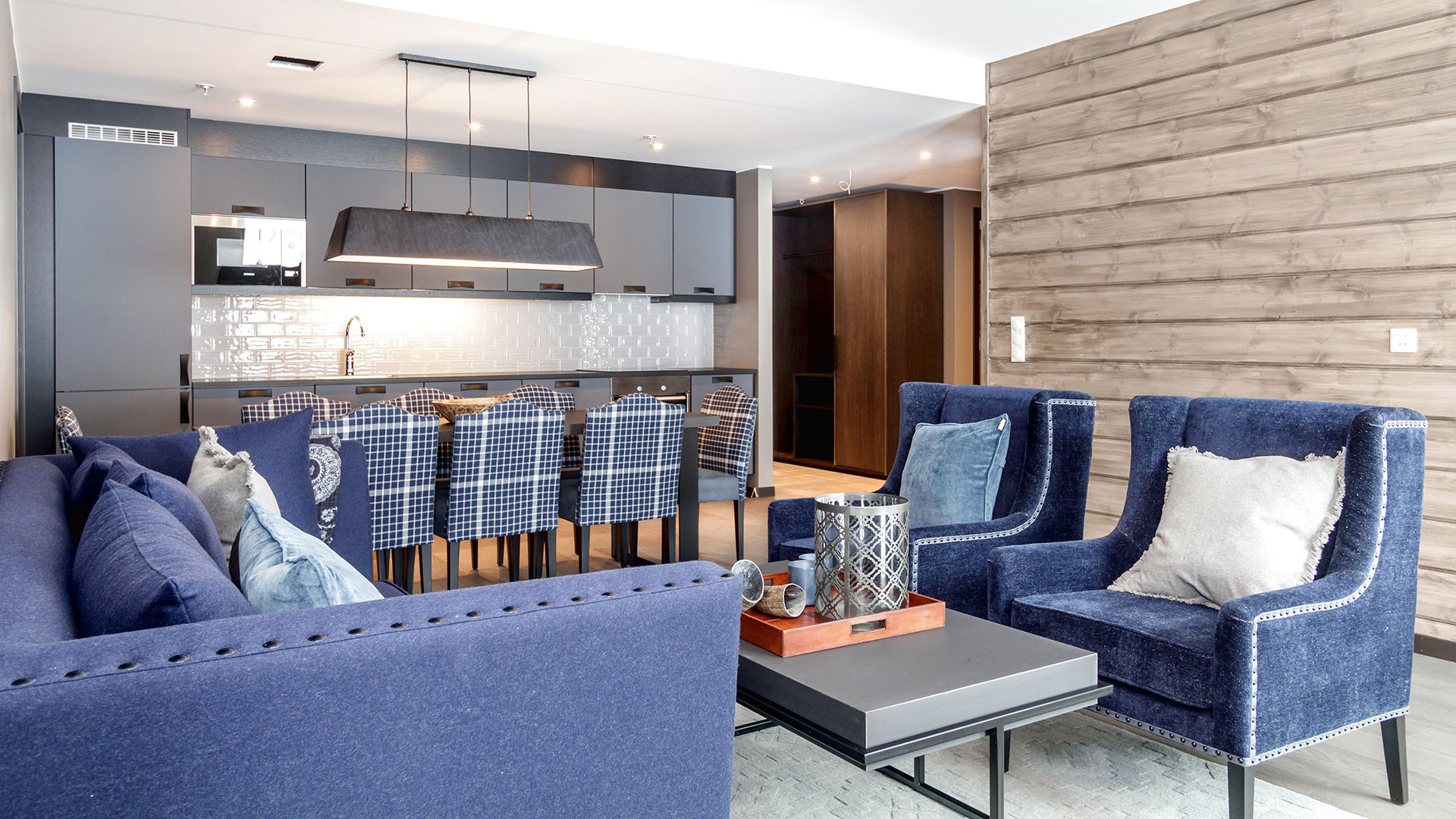 SkiStar Lodge Hemsedal Suites was completed in time for the 2017/18 season and secured a fantastic number of bookings for its first year of guests. SkiStar is planning the construction of 50 apartments for sale adjacent to the resort’s popular children’s area. 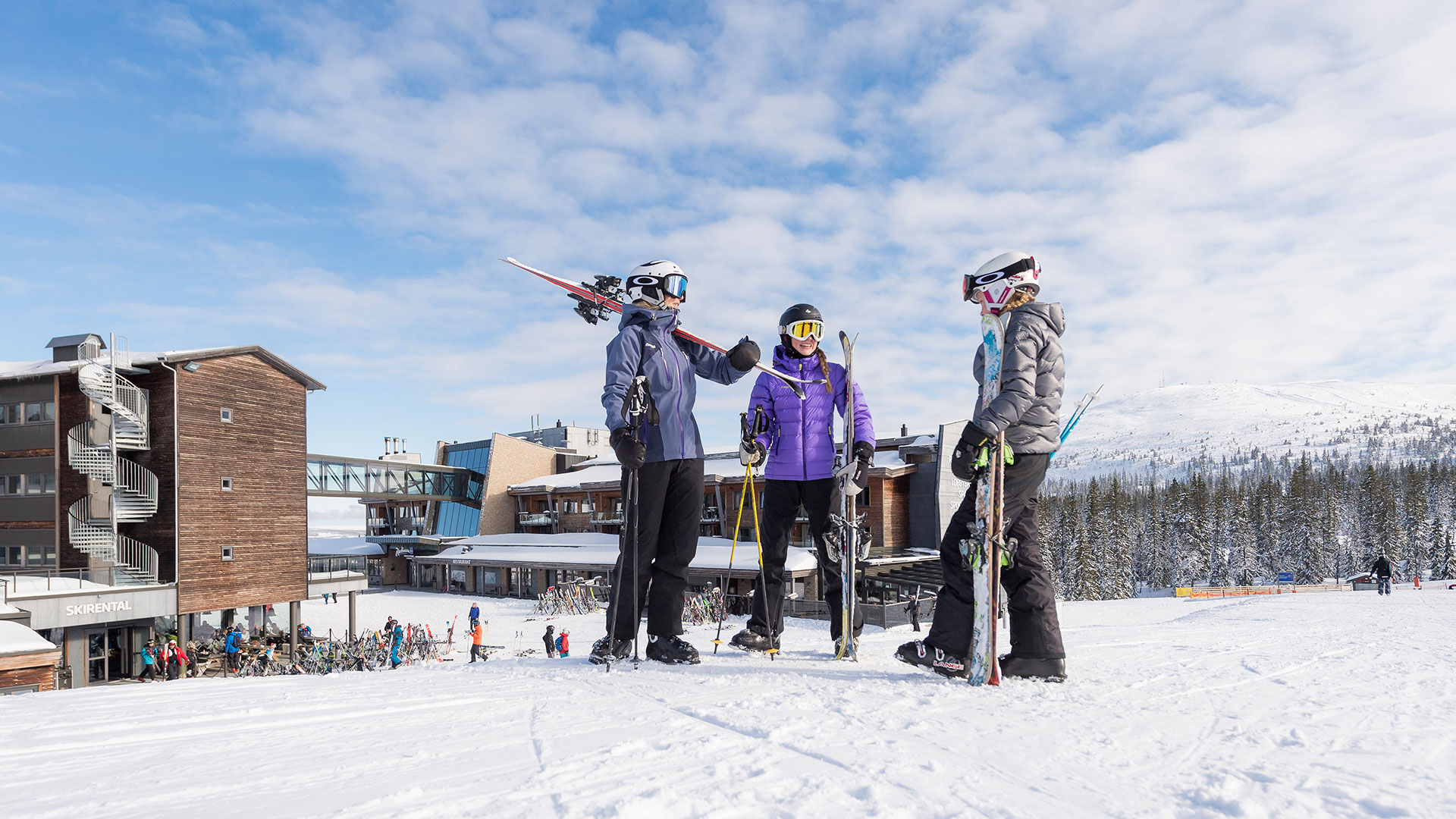 In Trysil, the area is ready for the construction of 28 new apartments at Aasgard Fjelltun, which would mean the addition of around 200 new beds. Total construction costs, including parking, are estimated at slightly less than NOK 100 million (just under SEK 110 million). SkiStar has an 85-percent holding in this co-owned project, together with Fageråsen Fritid AS. Planning is under way to build 40 apartments in Trysil Suiter, and 20 apartments in Skitorget AS, which is 50-percent owned by SkiStar.